The Clown Prince Of Soccer 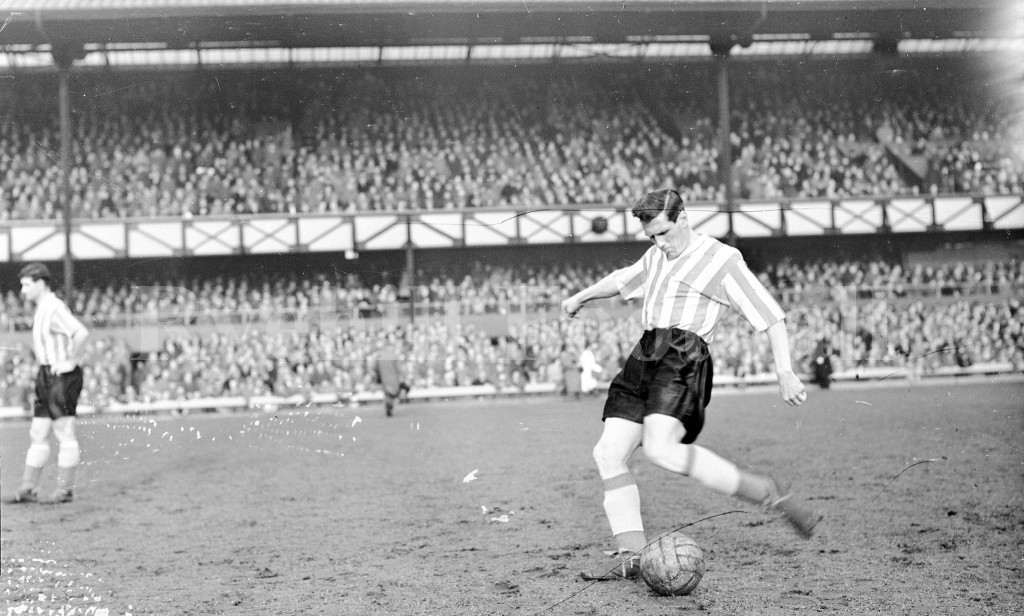 October 1956, the legendary Sunderland footballer Len Shackleton warms up before a match at Roker Park

“Shackleton’s great display on his debut at Roker Park for the Wearsiders left some of the following thoughts:

2.   That it will not be long before he plays for England;

3.   That he will keep Sunderland in the First Division and will probably put an average increase of 10,000 on the attendance of each of the remaining home games.

New colleagues were not slow to praise him in the dressing room. He turned a hitherto feeble attack into a formidable force and a great improvement was seen from Turnbull, Reynolds and Duns. On this form the Sunderland forward problems are nearly solved”. 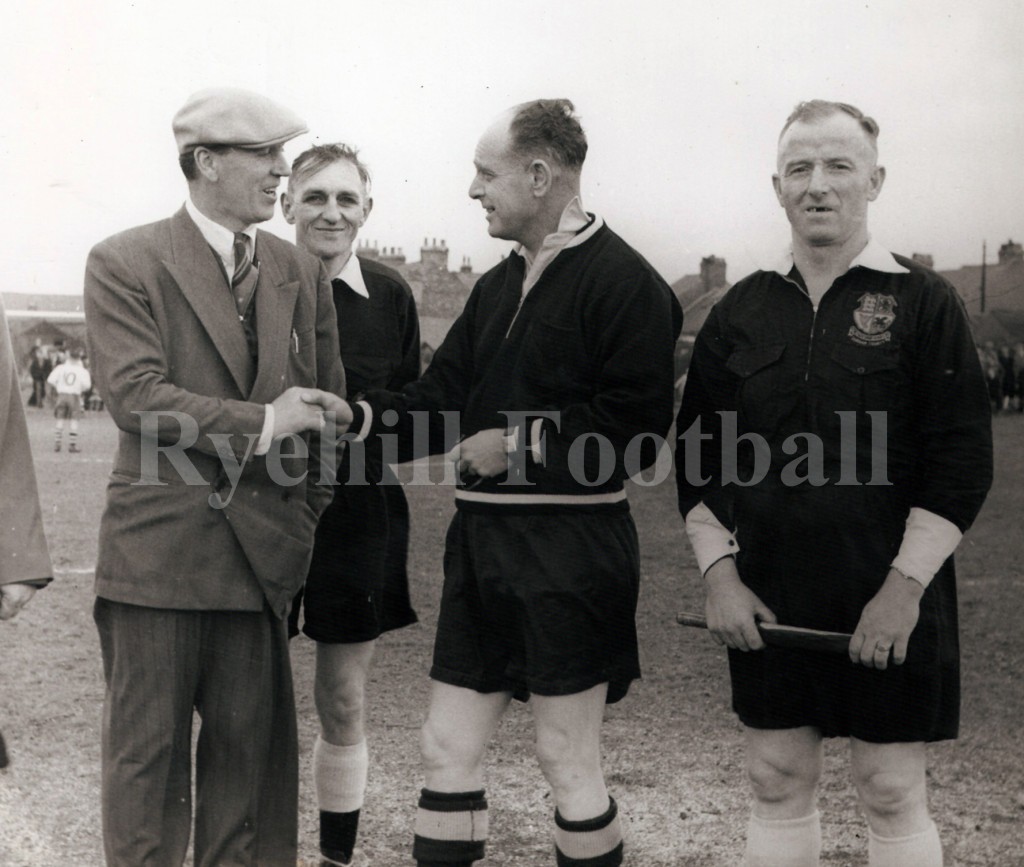 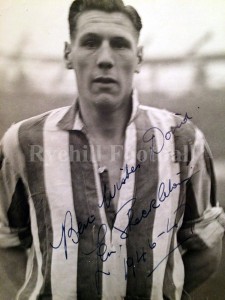 Known as The Clown Prince of Soccer, Shack was an artist with the ball and the above quote taken from a match report on his Sunderland debut summed it all up.

Favouring an inside left position he only gained 5 England caps, in the main due to a perceived anti-establishment stance. This was re-enforced in his autobiography when he left a blank page for the chapter entitled “what the average director knows about football”

Born in 1922 Shackleton was on Arsenal’s books as an amateur, but began his professional career with his home town club Bradford Park Avenue after the war. Initially thrilled to be chosen by Arsenal his world nearly caved in when he was told by then Manager George Allison that he would never make the grade.

At Bradford Park Avenue he was an instant hit and Newcastle United took him to Tyneside where he enjoyed an eventful 18 months. It was evident however that all was not well with in the Tyneside club and he departed for Wearside.

The transfer to Sunderland had started off an auction and it eventually came down to a straight choice between Bolton Wanderers or Wearside. In choosing the latter he also went for a then British transfer record of £20,050; the previous had been £50 less.

“Joining Sunderland was the best thing I ever did” recalls Shack, who in time formed part of the Bank of England club.

His only regret would be a lack of silverware. Whilst he did reach two FA Cup semi finals it was the narrow miss of the championship mid 1950’s with just Manchester City to beat at Roker Park that rankled. Of his 5 international caps perhaps the most famous was against the then World Champions West Germany in 1954. Shack scored a beauty in a 3 v 1 victory.

The Clown Prince of soccer attracted massive crowds wherever he played and an ankle injury in 1957 eventually brought a turbulent and eventful career to a close. All in all he made 348 appearances for Sunderland and scored 101 goals.

After football he mapped out a career for himself as a journalist, first with the Daily Express and then the Sunday People. He lived in Cumbria with his wife Marjorie until his death in 2000.

He was famously quoted as saying that “even though I was born in Bradford and now live in Cumbria, I still consider the North East to be home. I love the place and the people are smashing. Newcastle people always tell me that I’m biased towards Sunderland but really I’ve nothing against Newcastle, I don’t care who beats them”. 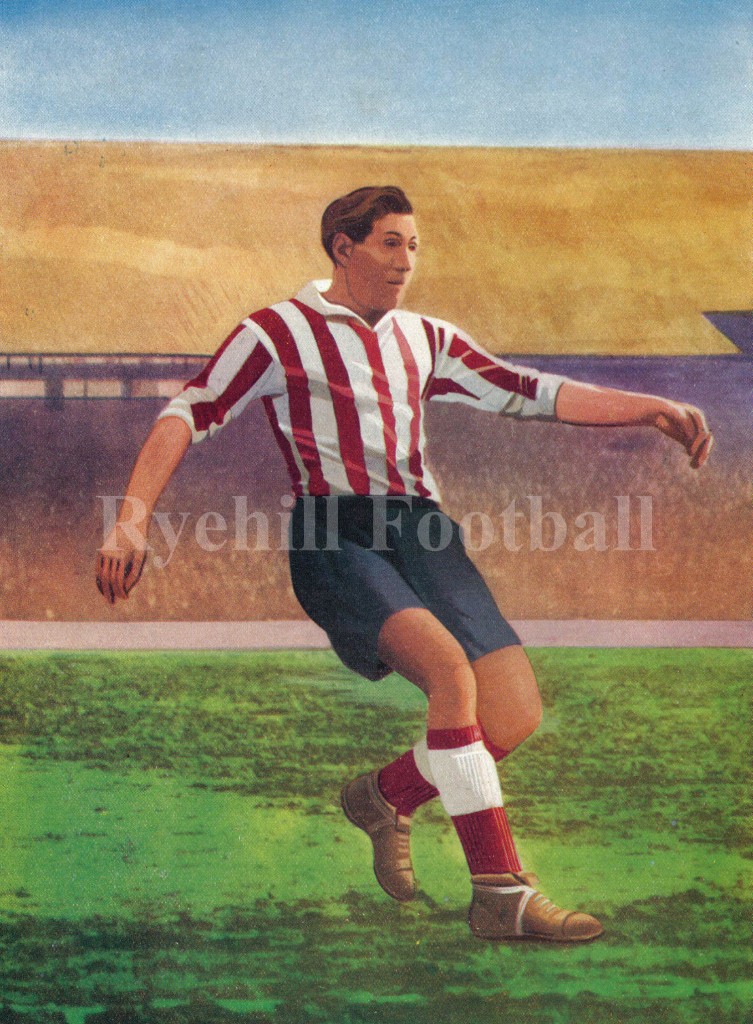 One thought on “Len Shackleton – The Clown Prince Of Soccer”