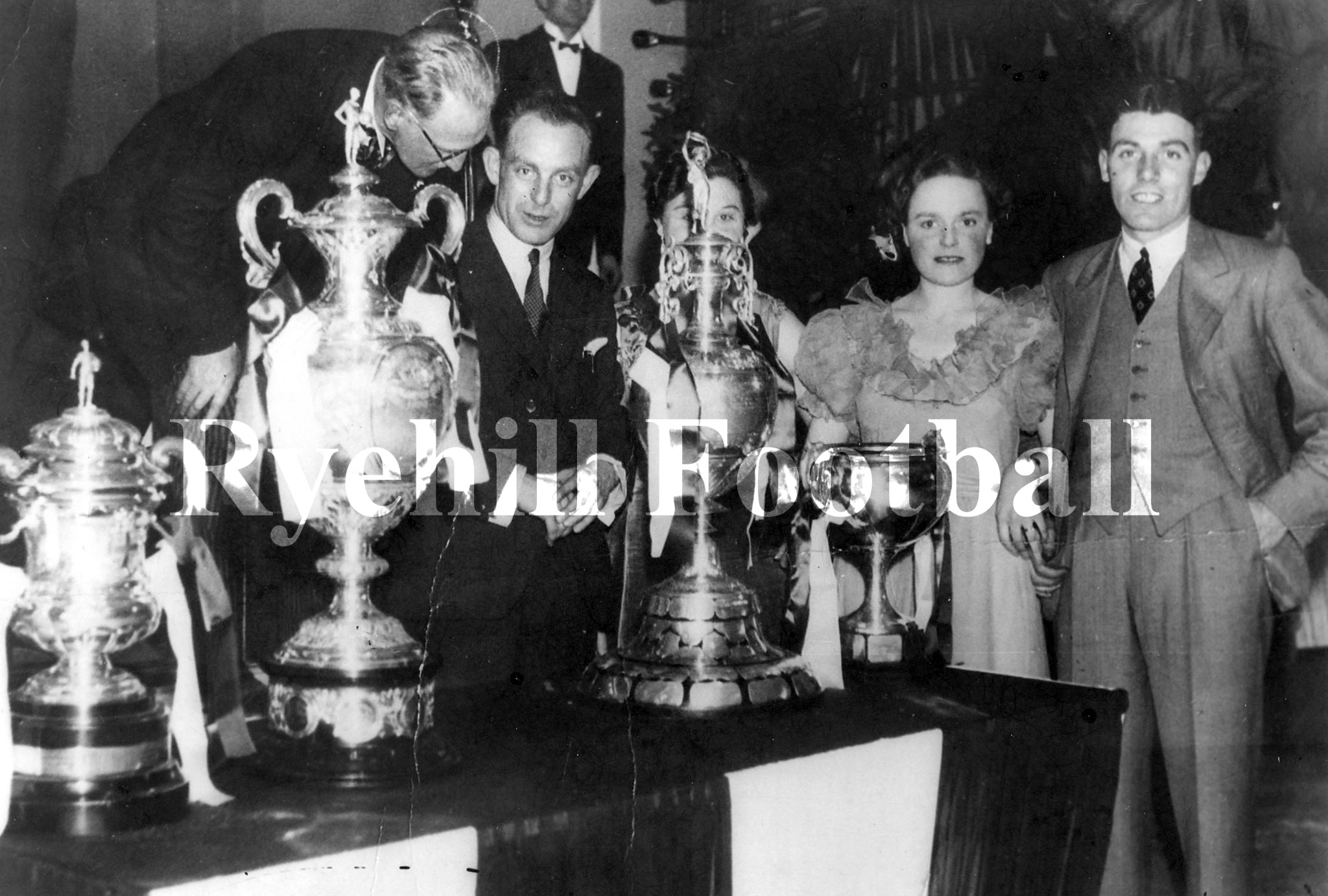 Systemic trophy winning at Sunderland AFC; as it was and can be again!

Its been a long, hard road for Sunderland AFC and its fans. Born of the Victorian era, the club’s creator James Allan could never have imagined the trials, tribulations and successes that would turn the men from Wearside into one of England’s establishment clubs, long before the money men from Chelsea and Manchester City entered the scene.

The club, who won the last of its six English Championships in 1936, was the proudest of the proud and even to this day with the memory of Carter and Gurney fading; but never totally faded; there are still only five clubs who can better our number of titles.

“Buchan plays today” was the message carried by the billboard man in the far off 1910’s and 1920’s, signifying that Charlie Buchan, one of England’s pre war footballing giants would be wearing the famous red and white stripes.

Feted and loved in equal measure the club was a draw wherever it went and The National Football Museum, now based in Manchester, claimed The Black Cats rivalry with Aston Villa as world club football’s first.

Sunderland AFC would of course become synonymous with Roker Park and the stadium, built in part by Archibald Leitch the ace Scots designer, was filled with people whose devotion spawned a group name; “The Roker Roar”, once described by Tottenham Hotspur’s legendary captain Danny Blanchflower as the maker of the greatest noise he had ever heard in a football ground.

Good old Roker Park would of course reach its zenith in 1933 when 75,118 packed into the ground to witness a 0 v 1 defeat by Derby County. Down but not out Sunderland and its fans would, in their usual way, dust themselves down and set about demolishing anyone it could on the football field.

In all out displays of ferocious attacking football the legendary Manager of Liverpool FC, Bill Shankly, who played for opponents Preston North End in 1937 when The Black Cats won the FA Cup at Wembley Stadium, would go on to comment that “In many ways the Sunderland team of 1937 played the same brand of Total Football as the great Holland team of the 1970’s.”

I still remember my first trip to Edgeley Park too see my brother in law play for Stockport County. I was introduced to County’s stalwart and go to man, Trevor Porteous, born in 1933. A lovely man he would wax lyrical about SAFC whenever I saw him on subsequent trips. He had grown up with the icon that was Len Shackleton and for his generation Sunderland remained a true great of English football; up there with the best. Sadly Trevor is no longer with us but my memory of him and his respect for our club will never be forgotten.

Up until 1957/58 and the clubs first relegation the club’s match day programme bragged, quite rightly, that Sunderland AFC were the Football League’s only club never to have played outside England’s top flight.

Sunderland AFC; a giant of the pre war, and for a time, the post war football period.

A club with a touch of genius, imploded as a result of the Illegal Payments Scandal, testament that like all genius its penchant for self destruction was always present and a danger. Humbled, humiliated and with its name dragged through the footballing dirt it succumbed to its first relegation, absolutely unthinkable.

Throughout the 1960’s the football club struggled despite the clubs controversial, disciplinarian manager Alan Brown building a youth side to be reckoned with, a one that would form the backbone for Sunderland AFC’s never to be forgotten fairy tale FA Cup winning side in 1973.

The 1970’s came and went, the 1973 win never built on; and ultimately the 1980’s would reach a nadir, relegation to the then third division. Although the clubs loyal and boisterous fans had a ball we bid farewell to the third division in the hope that we would never be back.

Still struggling and now in the 1990’s the club departed its iconic Roker Park and moved to Monkwearmouth and the site of the old pit, a soon to be relic from Britain’s industrial revolution. For a time the club enjoyed some success at its stadium Of Light as two seventh placed finishes in the now money world of The Premier League testified to; our highest league placing since the mid 1950’s.

However the clubs penchant for self destruction was never far from the surface and relegation in 2016/17 was, remarkably, Sunderland AFC’s tenth in just 60 years.

The clubs history can clearly be cut like a knife.

In 2017/18 The Black Cats started the season disastrously. Whilst not expected to top the “second division” we were expected to do better than just one win in fifteen league games and by the November not one home league win in 2017; as we closed in on another unwanted English football record.

The manager was predictably sacked after a lacklustre performance against bottom club Bolton Wanderers.

The whys and wherefores cannot be explained as a revolving door of managers, players and vast amounts of money, came and went. A rotten core? Poor decision making? Shoddy governance? It baffles not only those close to the club but those watching from the outside.

A club seemingly unable to escape turmoil and enveloped in a footballing fog.

The club has no money; it is broke. It is clear that bar a takeover from money men Sunderland AFC will have to rise from the ashes on the back of something, anything; that costs buttons.

The understandable frustration of the clubs long suffering fans at breaking point, it is translating onto the field of play and serves only to place the club and our players deeper in a spiral of self doubt. The players lacking in confidence need a boost.

What is wrong with Sunderland AFC and how do we fix it?

What we know is that footballing austerity wont disturb the club from its slumber, but we do know that a silent and dwindling band of fans still have the capacity to find their voice and numbers yet again and propel the football club forward.

Perhaps the clubs fans, battle scarred and weary can once more put logic, frustration and huge disappointment aside and come to its clubs rescue. They are perhaps SAFC’s last hurrah as it looks to avoid the drop again.

Are the fans Sunderland AFC’s last hope? Is there a catalyst just around the corner? Who knows?

Now is not the time to let anger get the better of us, now is surely the time to suspend the inquest; that can come later. Our history points to what can be, not what’s gone forever.

There is a song, made famous by an American icon that perhaps points to a renaissance led by its fans. “Here You Come Again” states the country and western classic; perhaps beckoning the mighty but now subdued Roker Roar to help the club once more, “just like you’ve done before”.

The song is brilliant, its sentiments irresistible and there is a message in there. It tells us that there is always a way back. In no way is this over!

Come on Sunderland – smile that smile!