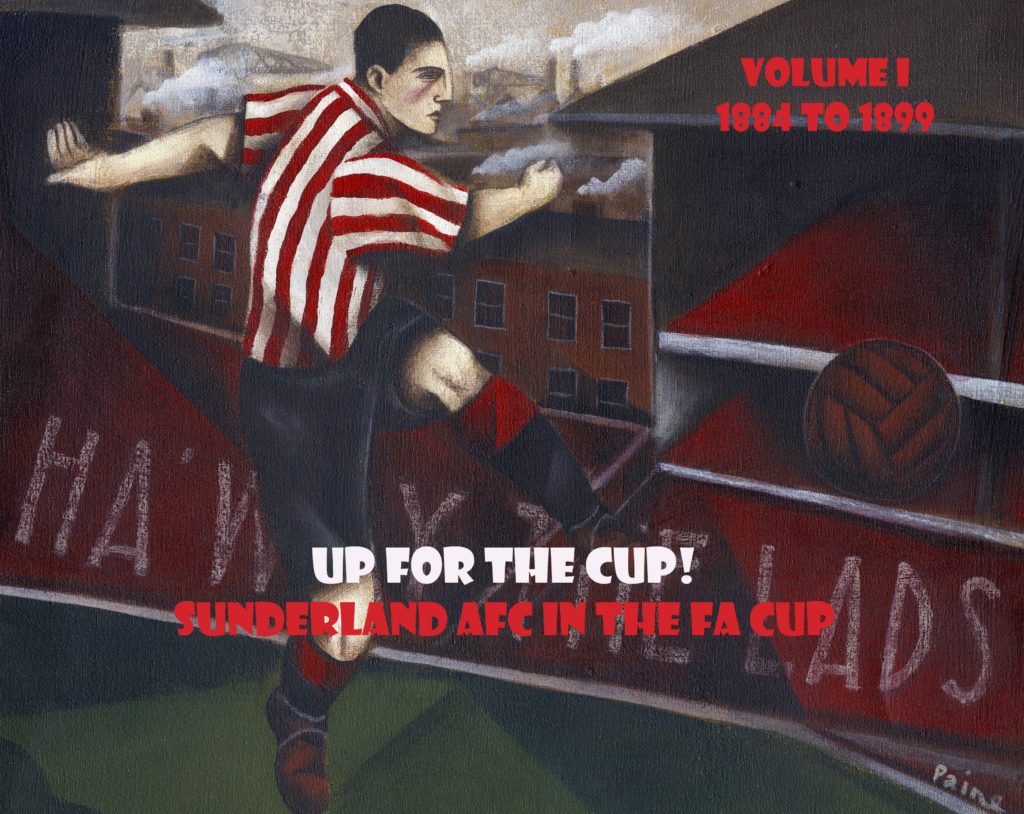 Up For The Cup! Sunderland AFC In The FA Cup is a series of 130 page books looking at the history of the famous Wearside club in the most famous domestic football club knockout tournament in the world. Using the actual match reports of the day the series captures the action as Sunderand’s players traverse the length and breadth of England in the Football Association Challenge Cup taking on clubs both great and small.

Volume I looks at the opening period from 1884 and SAFC’s very first game against Redcar until 1899 and SAFC’s 41st against Tottenham Hotspur, where the entire beginnings are recounted, including the football club’s record 11 v 0 thrashing of Manchester’s Fairfield, three semi finals and the abortive game against nemesis Sunderland Albion!

Priced at just £8 plus £2.99 postage and packing this is the first in a series of books that will ultimately capture the entire history of Sunderland AFC in the FA Cup, including a special statistical companion to the series.