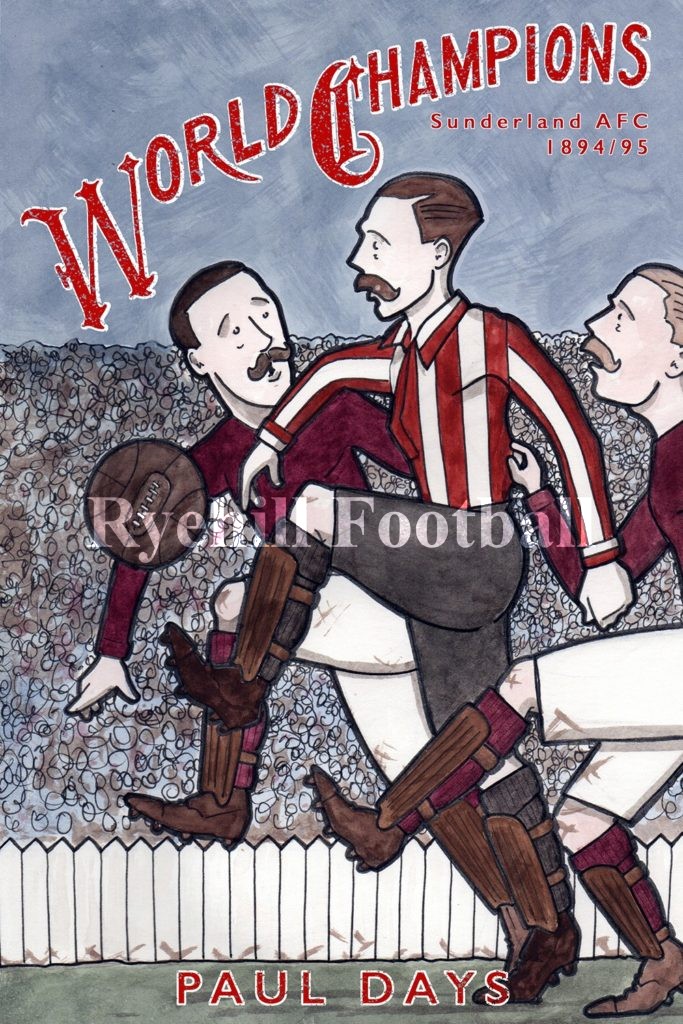 Ryehill Football is pleased to announce the publication and sale of its latest Sunderland AFC related book; World Champions, Sunderland AFC 1894/95. From the writer of the club’s very first official history book comes a gem of a story, when Sunderland AFC became world champions. Read about that event and a full account of The Black Cats trials and tribulations from what became a monumental season. The red and whites not only became world champions but won the league title and missed on a first FA Cup triumph through a narrow defeat at the semi final stage.

A little known fact is that in this pioneering world club champion series, effectively a forerunner of what would become the FIFA World Club Championship, Sunderland AFC were the only ever English winners.

Using original material taken from the British Newspaper Archives, including rare pen pics from The Sunderland Daily Echo & Shipping Gazette this 200 page limited edition paperback publication will sure to be a rare find in years to come and is packed with stats, full match reports from all matches from that season, as well as rare images from the Ryehill Football archives. It will not be made available anywhere else for sale.

E-mail any questions to foundingfathers@ryehillfootball.co.uk

A commemorative limited edition art print is available for sale to complement the book.