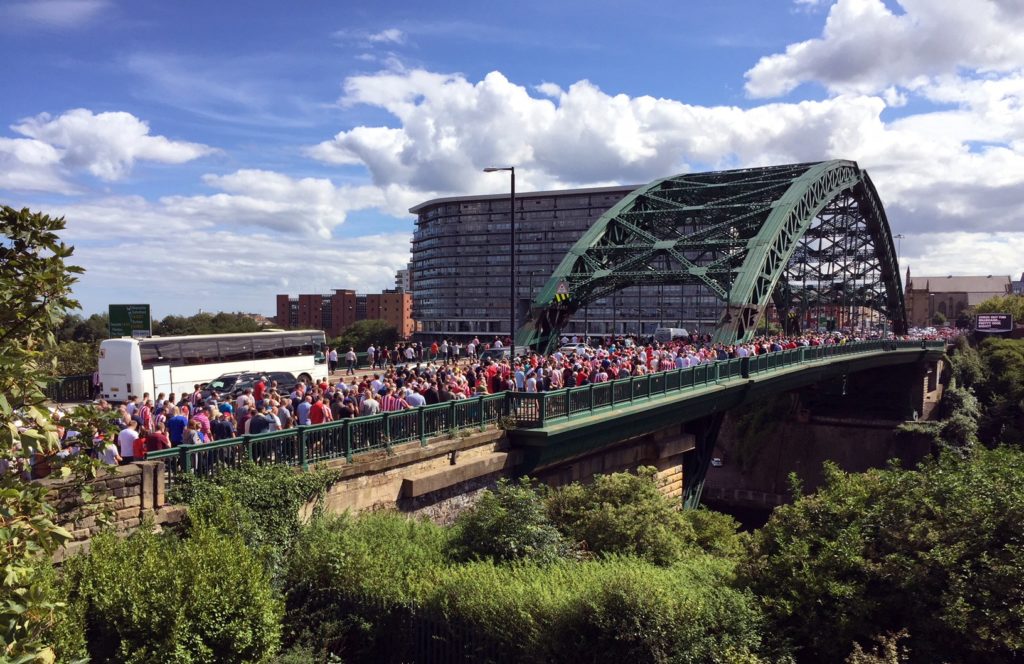 Similar to 30 years ago Sunderland kicked off their third division campaign with a one goal margin victory against another London team, this time Charlton Athletic from the South of the metropolis. It was hard work but in the end just about deserved as Gooch scored a last gasp header to send the red and white rank and file delirious.

With the starting team barely recognisable from last season Sunderland started terribly and were behind inside 10 minutes to a stonewall penalty, converted by once upon a time Black Cats target Taylor, who played well all game for Charlton. In truth the red and white were dreadful in the first 45 minutes and the rank and file could have been forgiven for thinking “here we go again”.

At half time the amazing third division crowd of over 31,000 mulled over what they had just witnessed.

However Ross’s introduction of Sinclair after half time changed the game. With Maja looking uncomfortable as a lone striker, two up front worked wonders as Charlton were put under pressure. Relieved from the burden of leading the line himself Maja shot home to equalise and from there on in we saw Charlton in our half sporadically as they were penned back. With 6 minutes of injury time ticking by Gooch rose to head home the winner for Sunderland to give us our first opening day victory for nearly a decade. 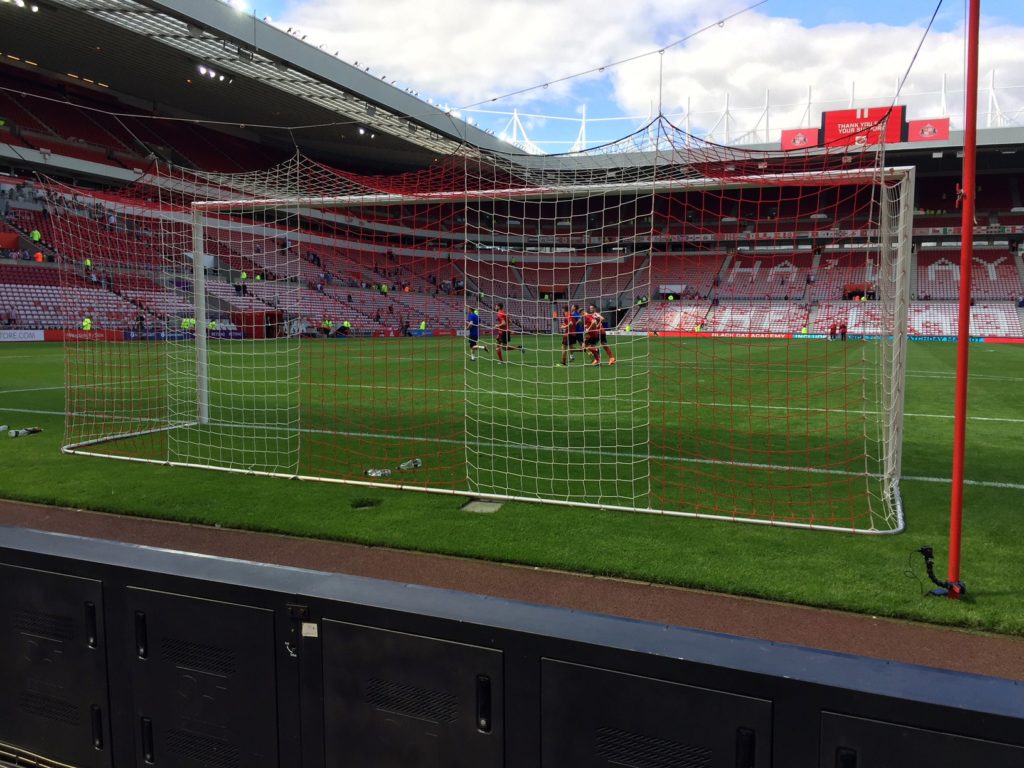 Sunderland players warm down after the game

So in the cool light of day what do we make of today’s events? We were awful first half and Charlton fully deserved their lead, even though it was a coolly struck home penalty. We were lucky not to be two down and the defence, in particular, looked slow and ponderous. Perhaps we might see Baldwin next game as Ozturk in particular looked to be very average. Second half and the introduction of Sinclair was a game changer for Sunderland and perhaps our manager has learnt something from this right away; two up front is the way to go.

Interestingly I simply didnt see much difference in standard between last season’s second division and this third division although Charlton will likely prove to be a good team at this standard so this could be a tough game out of the way.  Maybe Athletic should be one division higher, as we should be – at least.

However for once Sunderland kept going until the end, something we havent been able to say very often recently and we got our reward. The game, as they say, isnt over until the final whistle blows but its over now.

Sunderland win 2 v 1 and the show moves on to Luton Town. 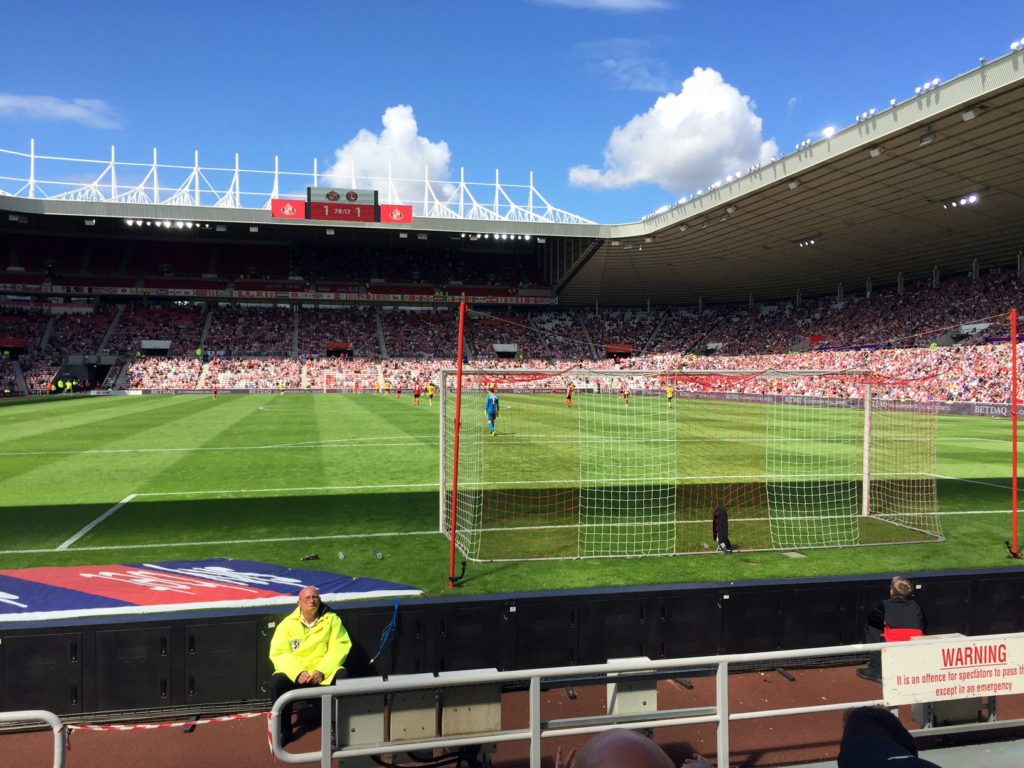 A final word for our fans. I wont go through the catalogue of disasters that have fallen Sunderland over the years, particularly the Stadium of Light period, which frankly has turned out to be something of a nightmare, but to pull in over 31,000 for a third division fixture is superb. I have asked the question before of what clubs like Liverpool, Man United, Celtic and Rangers would get with a similar record stretching back decades. We will never know of course because there is no way their clubs will ever get into the state ours was allowed to get into.

Hopefully our new owners, new players and new manager enjoyed the experience and that it is onwards and upwards for the club and its loyal fans.