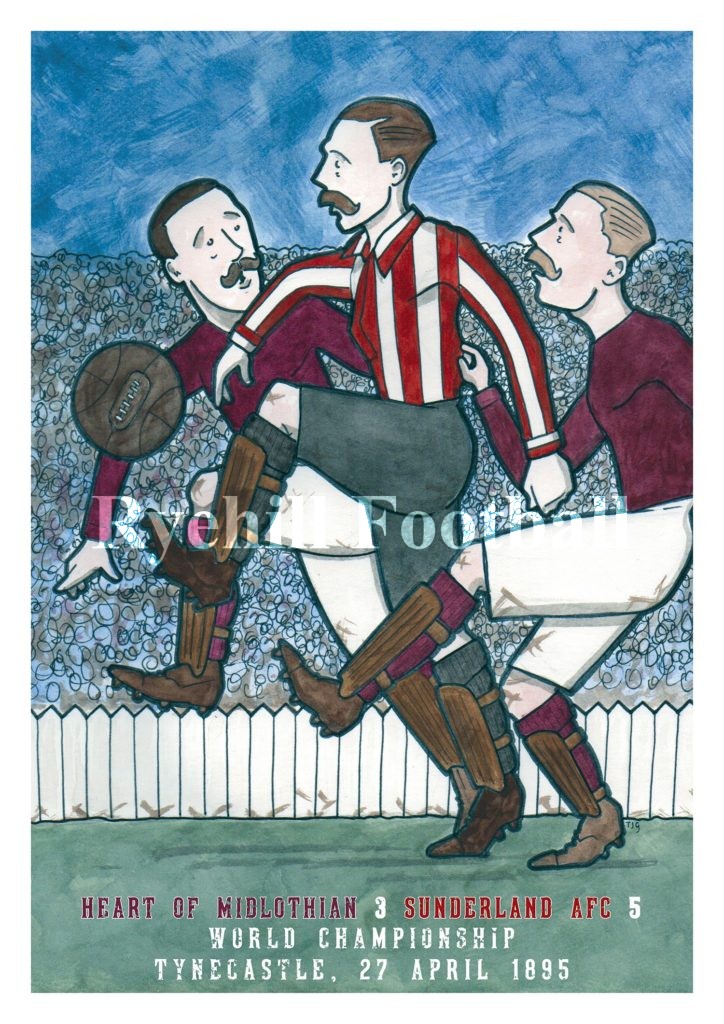 As I write this article it is Sunday, 26 April 2020 and tomorrow it will be 125 years since Sunderland AFC became the football world club champions with the defeat of Hearts at Tynecastle in Edinburgh. The match report from that game appears elesewhere on the Ryehill Football website. Given the anniversary I thought it would be a good idea to look back on the 125 years and encapsulate some thoughts on how the football club went from being a league champion to a World Champion, a far cry from the position we are in today, and tie in that competition with the version we know today.

Sunderland AFC’s World Championship win was the culmination of 15 years hard work by those who pioneered the club. We know that it was James Allan who founded the club (a write up of James appears elsewhere on this site and is well worth a read as it includes the most expansive history on the esteemed gent yet written) and from humble beginnings, where a canary saved the day, we arrived on 27 April 1895 at a point where the club had been Football League Champions 3 times but we still searched for that elusive English/FA Cup win. Backed by wealthy people who owned shipyards the club was well run, well organised, had a passionate fan base and attracted the top, mainly Scottish players, to Wearside.

Along with Aston Villa; the National Football Museum, when at Preston, contended that Sunderland and the Birmingham side gave football its first world club rivalry. This was apt as recent research by myself and Mark Metcalf, author of many football books and well known Sunderland fan, has discovered that it was Aston Villa, in 1887, who defeated Hibs at Perry Barr to become England’s first World Championship club; Sunderland would become the second in 1895.

To be classed as a World Championship game back then the two teams who competed for the honour of world champions (sometimes referred to as a “Grand International Match”) had to be either the cup or league winners from Scotland and England. If you didn’t fit that criteria it could not be a world championship game, hence why Hibs 1887 claim falls apart (Preston North End were not a league or cup winner and in any case that game was billed as no more than a pre season friendly). The English and the Scottish trail blazed the game of Association Football and at that time were the two biggest leagues in the world. Not only did they form the worlds first 2 leagues (England in 1888 and Scotland in 1890) but they also sent footballing emissaries outwards and established football in all corners of the globe. As we have read recently on Ryehill Football it was Sunderland, for example, who influenced Sevilla in Spain to play in red and white. Brazil owe their footballing legacy to a Scotsman, Charles Miller.

The original World Club Championship series of fixtures between English and Scottish sides of the day, ran from 1876 to 1902. Again, and as Mark and I research this series of games, we reveal more than we knew before; and rewriting the events of 1887 was just the start of an epic journey for us both, with regards to this competition. It will end with recounting the FIFA World Club Championship games that pit footballing giants such as Real Madrid, Internazionale, Boca Juniors and Manchester United against each other. The latest version of the World Club championship was won by Liverpool, in Qatar, with a Sunderland lad, Jordan Henderson, lifting the trophy. However and although this is the modern day version it morphed from other tournaments such as The Sir Thomas Lipton Trophy, won of course by another North East side West Auckland (and if someone has their trophy please hand it back!) and the Inter Continental Cup. The original series of games, won by SAFC in 1895, leads ultimately to today’s Qatar version.

It has always been footballs quest to find the best and that quest, at a club level, had commenced in the 19th century, although no one, before Mark and I started looking into this, had really joined the dots and looked at this competition holistically. 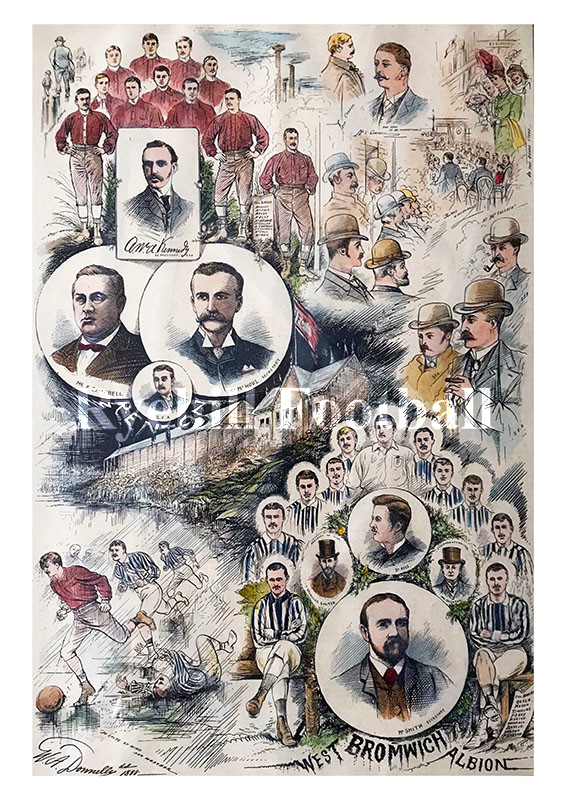 It isn’t well known that it was a Sunderland player, John Campbell, who provided the competition with its first “twice winner”. Campbell had won the title with now defunct Scots Club Renton in 1888 when they defeated West Bromwich Albion 4 v 1 at Cathkin Park Glasgow. The pewter cup that Renton had made to commemorate this event is now on display by The Scottish Football Museum in Glasgow. Campbell would of course feature for SAFC in the 1895 version and so lay claim to a unique feat. Campbell ultimately died young, following a difficult personal life, but he is still remembered fondly in Sunderland.

It would have been good if Sunderland AFC had done as Renton did and made their own commemorative trophy, alas that never happened.

In 2020 the football club finds itself in a difficult position and who knows which way it will go for us. Since the 1950’s the club has had a massive fall from grace and football fans themselves will have their own version of how that happened. Clearly the Illegal Payments Scandal was a catalyst but we have little excuse for what has transpired since that time. Fleetingly we have shown what we perhaps could be again, specifically under Peter Reid, but it was tantalisingly brief.

For Sunderland; 1895 would be a watershed. It would witness the demise and break up of perhaps its most famous side; “The Team Of All The Talents”. Sunderland would never again rule the footballing world. However 125 years ago, we did, and that should not be forgotten.