Perhaps the strangest story ever told about a Sunderland fan, or indeed any football fan, was that of South Tyneside born Iain Davison who joined the Palestine Liberation Organisation, was convicted of murdering three Israelis that he reckoned were Mossad agents, spent time in a Cypriot jail and ended up on Mossad’s most wanted list. To do this story justice perhaps its best to leave it to both the national and international media to tell the tale.

IAN DAVISON, the South Shields carpenter and Palestine Liberation Organisation (PLO) assassin who returned to London last night after being released from prison by the Cyprus government, was one of a line of foreigners so beguiled by the Palestinian cause that they mounted murderous attacks on Israelis.

In 1985, Davison and two Palestinians associated with Yasser Arafat’s mainstream Fatah movement shot dead three Israelis on their yacht in Larnaca harbour. The killers insisted that the Israelis – a middle-aged woman, her husband and a friend – were operatives of the Mossad intelligence agency spying on the movement of ships, above all of Palestinians travelling to the camps in Lebanon. There is no firm public evidence of this allegation.

It was not Davison’s first operation with the PLO. He said he took up the Palestinian cause after watching television footage of the Israeli invasion of Lebanon in 1982 to drive the Palestinians out of the south of the country. In 1983, he was fighting alongside Fatah forces against the Syrians in Tripoli, in northern Lebanon. Davison’s participation in these operations was almost an anachronism. It was a dozen years earlier that European and Japanese fellow travellers had taken part in terrorist actions against Israeli targets.

In May 1972, three members of the Japanese Red Army, working on behalf of the radical Popular Front for the Liberation of Palestine, opened fire at the arrivals hall at Lod airport. They killed 26 people and wounded 76. Two of the Japanese were killed. The third, Kozo Okamoto, was captured, tried and sent to prison, where he went mad. 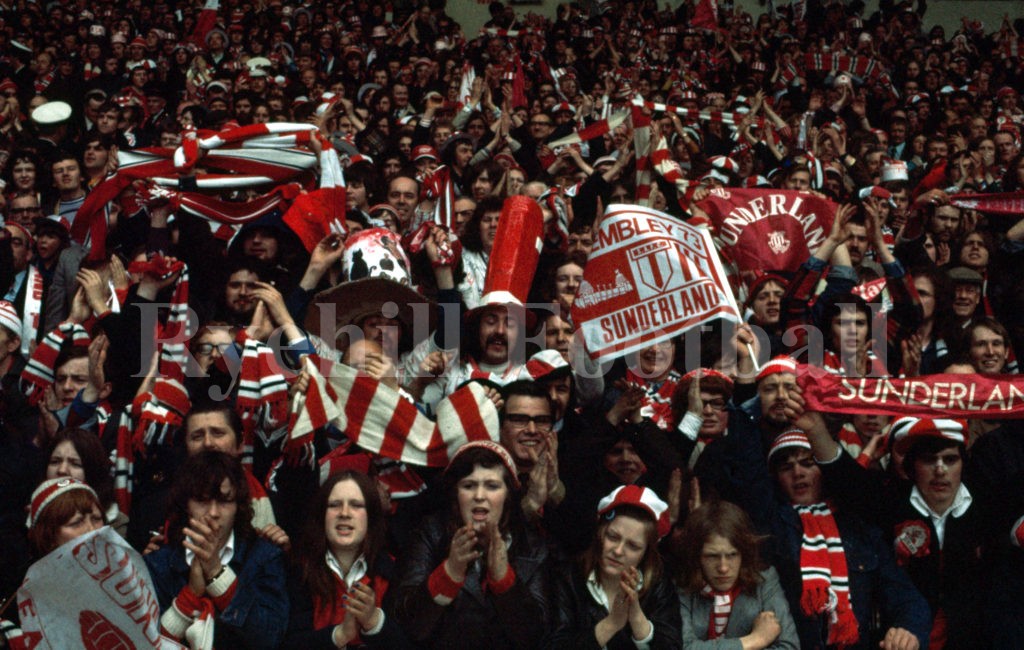 The highly trained elite that officially doesn’t even exist

FOR the members of Yasser Arafat’s Force 17 presidential guard, whose bases were targeted by the Israelis on Wednesday night, air attacks are nothing new.

In October 1985, a building used by Force 17, which was protecting Mr Arafat in his exile near Tunis in north Africa, was hit by a long-range bombing attack launched by the Israeli air force. Mr Arafat escaped death by a whisker when he turned back on the way to his office. The Israeli air raid came in response to the last documented act of terror carried out by the elite force – the killing of three middle-aged Israelis on a yacht in the marina in Larnaca, Cyprus.

Among the force’s peculiarities was the hiring of foreigners to work in its ranks. One of the three men convicted of the Larnaca killings was an Englishman, Ian Davidson, a carpenter from South Shields, who volunteered to serve in Force 17 “because I was sick of my empty life”.

Since then Mr Arafat has publicly forsworn terror as a political weapon. But the Israelis accuse Force 17 of going back to its old ways. The army maintains that the force is responsible for organising attacks against Israel, and Wednesday’s rockets – hitting several offices, a training base and an arms store – were designed to serve as a warning. The army first struck in February, killing Massoud Ayyad, a major in Force 17, with helicopter-launched rockets. Israel accused him of acting as an agent for the Lebanese Hizbollah guerrillas and pioneering the firing of mortars against Jewish settlements in the Gaza Strip.

The force’s deputy commander in Gaza, Col Ahmad Haddar, known as Abu Seif, denied the Israeli charges. “It is simply not true that Force 17 is responsible for attacks inside Israel. Our task is to protect the president, as well as the institutions and leadership of the Palestinian Authority.” It is far more than a presidential guard. It is believed to number at least 3,000 men, and is probably the best trained and equipped of the Palestinian security forces. Its units, wearing camouflage uniform, can be found in many Palestinian towns where Mr Arafat rarely sets foot.

If the Palestinians were allowed to have an army – which is forbidden under the terms of the peace accords with Israel – this would be its elite force. Col Haddar said he saw the force as a future “Republican Guard”. According to Col Haddar, Force 17 was founded in 1969 and grew in strength when the Palestine Liberation Organisation leaders were under threat of assassination from renegades opposed to Mr Arafat’s peace feelers towards Israel. Strictly speaking, Force 17 no longer exists. When Mr Arafat returned to Gaza and his guerrilla fighters joined the internal security forces, it was folded into an organisation called Presidential Security. But the prestige of the mysterious number is so strong among Palestinians that the old name has stuck.

There are many explanations for its name. Some say it was an early telephone extension, others that it refers to the number of bows that a devout Muslim makes in his daily prayers.

Twenty years ago this week Pakistan troops stormed a hi-jacked plane sitting on the runway at Karachi airport.

Twenty years ago this week Pakistan troops stormed a hi-jacked plane sitting on the runway at Karachi airport. Eighteen passengers were killed in a hail of bullets and at least two Britons were wounded. These were the days when international terrorism was still in its infancy and the world watched in horror as Arab hijackers took over a US jumbo jet in Pakistan. Their target – to free Geordie Palestine Liberation Organisation (PLO) terrorist, Ian Davison. Davison, then 27, was serving a life sentence in Cyprus for the killing of three Israelis in Larnaca. There were 400 passengers on board the Pam Am jumbo, which was seized by four gunmen who threatened to kill passengers, who included 15 Britons.

One man had died from gunshot wounds on the plane, and one of three ground staff wounded in gunfire was critically ill. As tensions mounted the terrorists demanded the plane be flown to Cyprus, where Ian Davison was serving his sentence. But the plane was not allowed to take off. Davison, a former pupil at South Shields Grammar School for Boys and a carpenter, was reputed to be a member of the elite PLO unit known as Force 17. He had joined the organisation two years before he was arrested for the murders.

Afterwards passengers said the terrorists had panicked when the lights went out and the commandos stormed aboard. They sprayed machine gun fire around the cabin, as the terrified passengers escaped through hatches and down emergency chutes. Two of the hijackers were shot dead and two others taken into custody. The murders Ian Davison had been involved in earlier led to a bloody chain of events.

Six days after the killings the Israeli airforce bombed the PLO headquarters in Tunis, killing at least 10 people. The hijack of the Italian cruise liner Achille Lauro the following week was said to be in response to the raid. And then terrorists, believed to be Arab, opened fire with mortar bombs and rockets on an RAF base in Cyprus, wounding the wives of two British officers. Davison had joined the PLO after watching television reports of the Israeli bombing of Beirut, in 1982. He was believed to have fought with the PLO in Tripoli in Lebanon and at his trial showed no remorse for the murders of three Israelis on the yacht.

He said he “had no regrets and would do it all again tomorrow”. Since that event Davison believed he was high on the list of targets of an Israeli death squad.

I worked for Chester le Street District Council from 1977 to 1986. One morning I remember going to the newsagents over the road and seeing a picture of Davison on the front page of The Daily Mirror; this was way back in the 1980’s. The picture showed him with an assault rifle and a Sunderland scarf around his neck in Arab style. I dont think I’ve ever heard of such a story involving a football fan before and it is clear from the reports that his devotion to the PLO and Yasser Arafat was total and clearly given the incident at Karachi the detention of Davison by Cypriot authorities was not taken lying down by the PLO. For a Sunderland fan to end up as a personal bodyguard to one of the most famous Palestinians of all time, to have caused so much trouble, be wanted by Mossad and an Israeli Death Squad is clearly quite a feat. However the story doesnt quite end there.

The Sunderland message board; Ready To Go, carried a thread in November 2017 that reckoned, Davison, now circa 60 years of age, fought as a mercenary in Kosovo in the Balkans war between 1998 and 1999, as reported in an unverified newspaper article around 2000.

I have no idea whether Davison is now back in the North East, whether he is wanted by Mossad or Shinbet or indeed whather he is back watching and supporting Sunderland AFC. A truly astonishing story about one of our own. Freedom Fighter or international terrorist? Make up your own mind.

One of the lads on RTG posted the following “There was a feature in the Sunderland Echo years ago about him, possibly when he resurfaced over here. Mossad had more or less put a death sentence on him. The exact words were he’d be looking over his shoulder for the rest of his life..He once said in an interview that ‘he’d lay his life down’ for Sunderland football club which I always found that a bit strange bearing in mind what he must have experienced”.

As a post script to this story Davison became infamous in The Fulwell End at Roker Park in the 1980’s so much so that the chants of “PLO, PLO, PLO” used to go up every so often in homage to the lad.