With the impending arrival of Jack Ross as Sunderland AFC’s new manager; Ryehill Football looks back at the clubs last managerial acquisition from St Mirren, Johnny Cochrane; who won the league championship, FA Cup and Charity Shield in his spell on Wearside. Here in part 1 is the first in a series of articles written by Cochrane in 1937 looking back on his time at Roker Park. 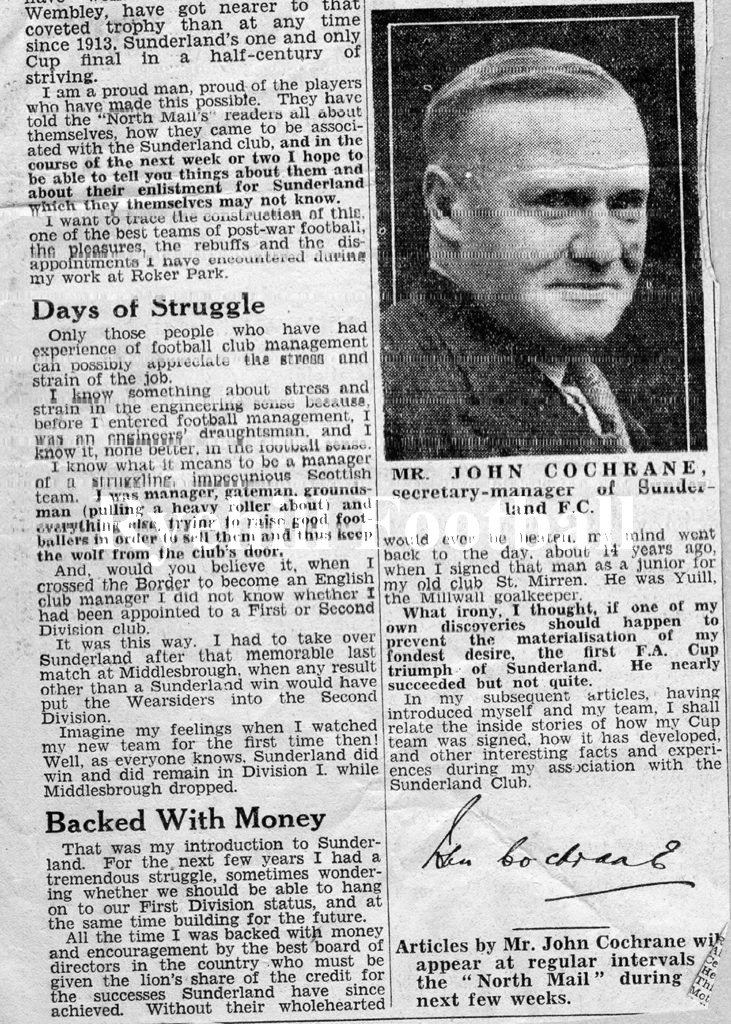