The Story Of The Sunderland Stadium Of Light – Part 3 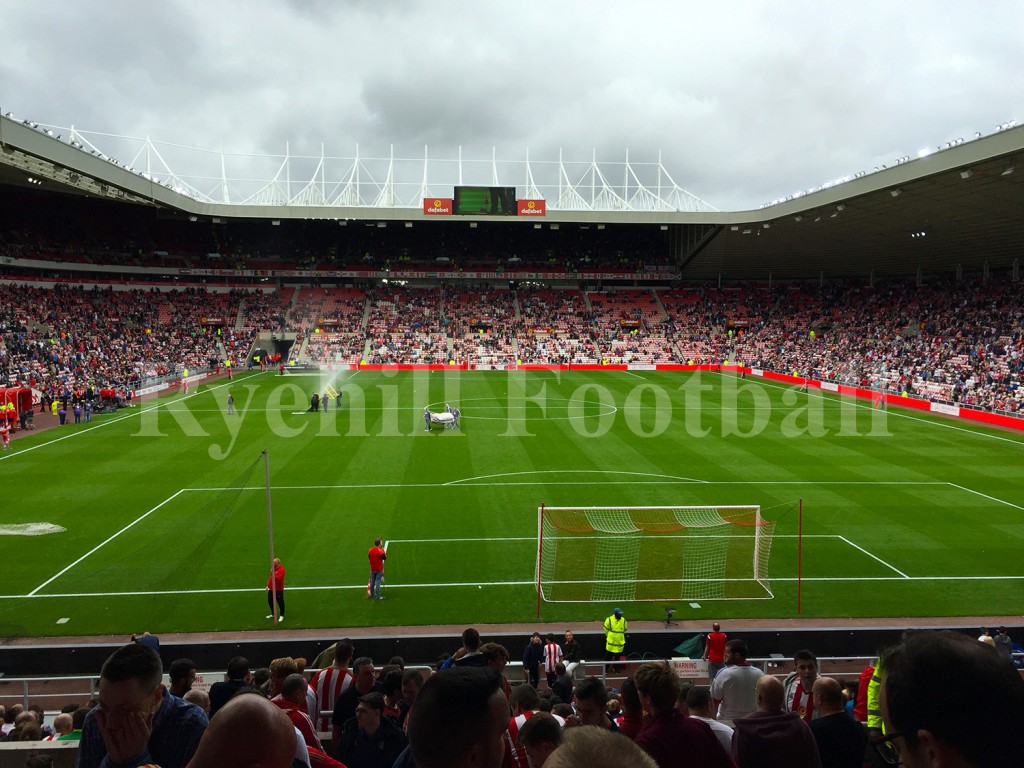 On Monday 14 July 1997, it was revealed that its new home was to be named a few days before the opening celebrations on 30th July 1997.

The stadium would be a world class venue and the Club were hopeful that it will be included in the 2006 World Cup bid. Representatives from the Football Association recently visited Sunderland and were most impressed with the innovative design of the stadium.

The Club recently submitted an application to UEFA for the prestigious UEFA four star ranking, and would be the first club in the country to boast winning the award. The closure of Wembley boosts Sunderland’s chances of achieving international attention and hosting world class competitions.

Bob Murray added, “As we move towards the new Millennium we are keen to achieve an international flavour with the naming of the stadium. The Club have already named three areas of the stadium and are hopeful the remaining stands will be named in the near future. “The name of the stadium is important to everyone associated with Sunderland AFC because it will live on for many generations to come.

At the City of Sunderland Licensing sub-committee on 25 July 1997, the Secretary of State officially designated Sunderland AFC’s new stadium under the Safety of Sports Grounds Act 1975, as a sports ground with the effect from 31st July 1997.

To assist supporters travelling to the stadium on match days, Sunderland AFC arranged a free bus service between Sunderland Enterprise Park, Wessington Way, Sunderland (A1231) and the new stadium.

The service was be operated by Stagecoach Busways, for periods of two hours before, and one hour after home matches.

At midnight on Tuesday 29 July 1997 Sunderland AFC announced the name of their magnificent new stadium – the Sunderland Stadium of Light. The press release read:

“The name has evolved over a period of time, and is the result of ideas and inspiration from a wide range of sources, not any single individual. The naming of the stadium is a milestone in the history of Sunderland AFC – an event which only takes place once every hundred years. As such, the name itself is one which evokes both the history of the area and the international future of both the Club and the City of Sunderland.

For many years, miners at Wearmouth Colliery carried with them a Davy Lamp as part of their everyday working lives. Reflecting this tradition, the name allows the image of this light to shine forever. The Sunderland Stadium of Light reflects the desire of the Club and its supporters to be in the limelight, and like a torch signifies and illuminates the way forward.

The name – like the Stadium – will radiate like a beacon to the football world. It stands as a symbol of the regeneration of the City of Sunderland; the country’s newest stadium in the town, which was, designated a City in 1992.

The new stadium will stand as a Sporting Cathedral for the City, a new and uplifting symbol to help promote the whole area. The City of Sunderland has a growing international reputation as a place where things are made to happen, and the Sunderland Stadium of Light is testimony to this philosophy of searching for international excellence.

And so the legend was born. We have seen how from an embryonic idea, the chairman of Sunderland AFC, Bob Murray, through sheer determination and of course a love of his club saw the project through.

To replace Roker Park the Sunderland Stadium Of Light had to be something really special and the opening fixture against Ajax of Amsterdam was met with gasps of admiration and excitement when every supporter viewed the arena. Like a family entering its new home for the first time. In essence that’s what it was.

There are bigger grounds in world football, but you have to wonder if there are any better. It was quite simply awesome. You cannot describe it in any other way. To witness such a construction full with over 40,000 of the finest football fans that Pele’s beautiful game has to offer is indescribable. It was a very emotional experience.

That the game ended 0 vs. 0 was almost inconsequential. Kevin Ball “scored” the first goal, only for it to be disallowed. It would be left to Niall Quinn a few weeks later to make up for our captains anguish.

As if to keep the momentum going Buckingham Palace announced that His Royal Highness The Duke of York would officially open The Sunderland Stadium of Light on Monday 10th November.

Commenting on the announcement chairman Bob Murray said: “We are greatly honoured that His Royal Highness The Duke of York has graciously agreed to officially open the stadium.” The Royal opening of the Sunderland Stadium of Light undoubtedly reflects the importance of the Club and the regeneration of Wearside. The stadium is a tremendous asset to the region and is the heartbeat of the City and its people.”

The Marquis of Londonderry officially opened Roker Park on the 10th September 1898. The visit by His Royal Highness The Duke Of York almost a century later will be a symbol of civic pride for the next millennium.”