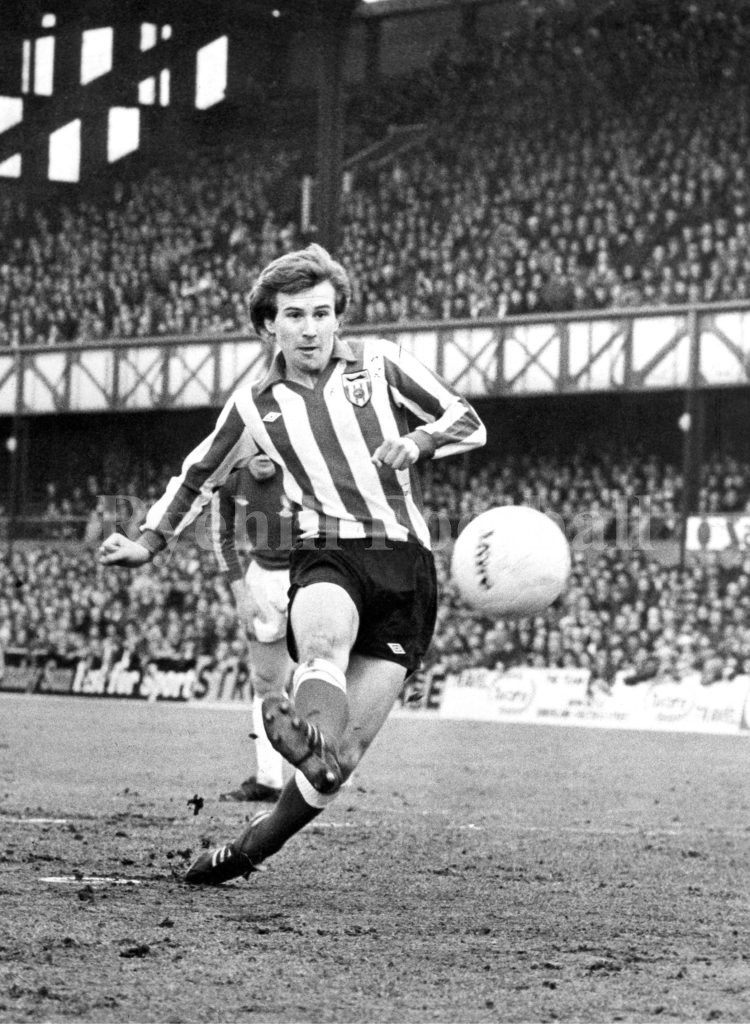 On 28 December 1920 31 year old Owen Coggins appeared before Sunderland Magistrates accused of hitting a fellow Sunderland supporter with a bottle in the Roker End during The Boxing Day encounter with Bolton Wanderers. In his defence Coggins indicated that previously he had himself been hit over the head with an axe that had left him incapable with the smallest amount of alcohol. He admitted he had been to a party on the day of the match, making his way to Roker Park by taxi cab. He was fined £5 by local Magistrates and ordered to pay £2 in compensation to his unfortunate fellow Sunderland fan who had been bottled!

Following a decision to build Sunderland AFC a new football stadium, local architects and brothers William and Thomas Ridley Milburn were responsible for drawing up the plans. The brothers had been responsible for designing Sunderland’s Law Courts, Fire Station and Empire Theatre. The new ground was to be named Roker Park.

On 18 January 1928 Sunderland Reserves defeated Walker Celtic 11 v 0 at Roker Park. Billy Death scored 7 of the home side’s goals, including a 4 minute hat trick. The score at half time was 0 v 0!

In what became known as “the forgotten final” Sunderland played Wolves in the 1942 War Cup Final. The game was over 2 legs and Sunderland subsequently lost. However the local press reported that Sunderland fans on a train taking them to the second leg in the Midlands had been machine gunned by a German warplane as they left Sunderland Central Railway Station; and you thought that Millwall was bad?

When Alan Brown was appointed Manager of Sunderland AFC in July 1957 he was Sunderland AFC’s very first permanent English Manager. Until that date the previous incumbents were either Scottish or in the case of Bob Kyle, Irish.

On 29 October 1907 Stewarts the Taylor’s who operated from a shop in High Street West in Sunderland offered a free overcoat to any Sunderland player who scored two goals in a match during the months of November and December. Sam Raybould was the first player to win an overcoat; just 4 days later, when he scored two in the 4 v 0 win over Chelsea at Roker Park!

One of the best penalty takers in the history of Sunderland AFC was Seaham born striker Gary Rowell. He missed only two spot kicks in his first team career. One was against Leyton Orient and the other came in a friendly against the Australian Federation on 15 November 1976. The Aussie goalkeeper Clarke saved the effort.

On 27 February 1892 Sunderland’s James Hannah was walking along Newcastle Road having called into the football club’s headquarters in Ellerslie Terrace to find out whether he was in the team for Saturday.

As fate would have it he bumped into a Gypsy Caravan. The driver of the first carriage shouted out that Sunderland would lose the forthcoming cup tie. Hannah was then introduced to the driver’s wife and as she held his hand in a vice like grip she said to him that “Sunderland would never win the English Cup until a Scotch (sic) lady becomes Queen of England”.

Sunderland won the FA Cup for the first time in the club’s history in 1937. The trophy was presented to club Captain Raich Carter by Queen Elizabeth, daughter of Scottish landowner the Earl of Strathmore who had attained the throne with her husband following the shock abdication of Edward VIII in December 1936.

In the late 1940’s Sunderland player Willie Watson owned a sports shop on Newcastle Road in Sunderland. Not to be out done Len Shackleton opened one a few years later on New Durham Road. However they weren’t the first Sunderland players to go into business in the Town. The likes of Charlie Buchan had owned a sports outfitter with his friend A Lowings at Blandford Street as far back as 1924.

“No club could get nor wish for a better one”.

Sunderland Chairman Fred Taylor, presenting Trainer Billy Williams with his long service award in May 1929. Williams had been with the club for 32 years.

“Why there’s a tyre running past us!”

A Sunderland supporter on his way to the 1919 Roker Park clash with Newcastle United when his taxi cab broke down.

“To fight in this war would be a denial of my faith and belief in the Fatherhood of God as revealed in the teaching of Jesus Christ”.

“There was so many people trying to get in they knocked the big gates down and although the official attendance was 45,000 I think there was more like 80,000 inside”.

“It brought her too alright, but the orange juice and her, err, complexion made a rare mess. That was the last of my orange!”

A Sunderland supporter at the 1933 club record attendance game versus Derby County at Roker Park, with his novel way of bringing round a female supporter who had fainted; he squeezed orange juice onto her!

“I wonder how much Gladwin got for putting the ball through his own goal?”

The last sarcastic words spoken by a Newcastle fan, with Sunderland’s giant defender within earshot, just before he hit the ground following a collision with Charlie’s fist in 1913

“We thought nothing of walking the five miles each way, then standing on the terraces for the game”.

MP Willie Hamilton, born in Herrington, recounting his early trips to Roker Park in his 1992 autobiography Blood On The Walls