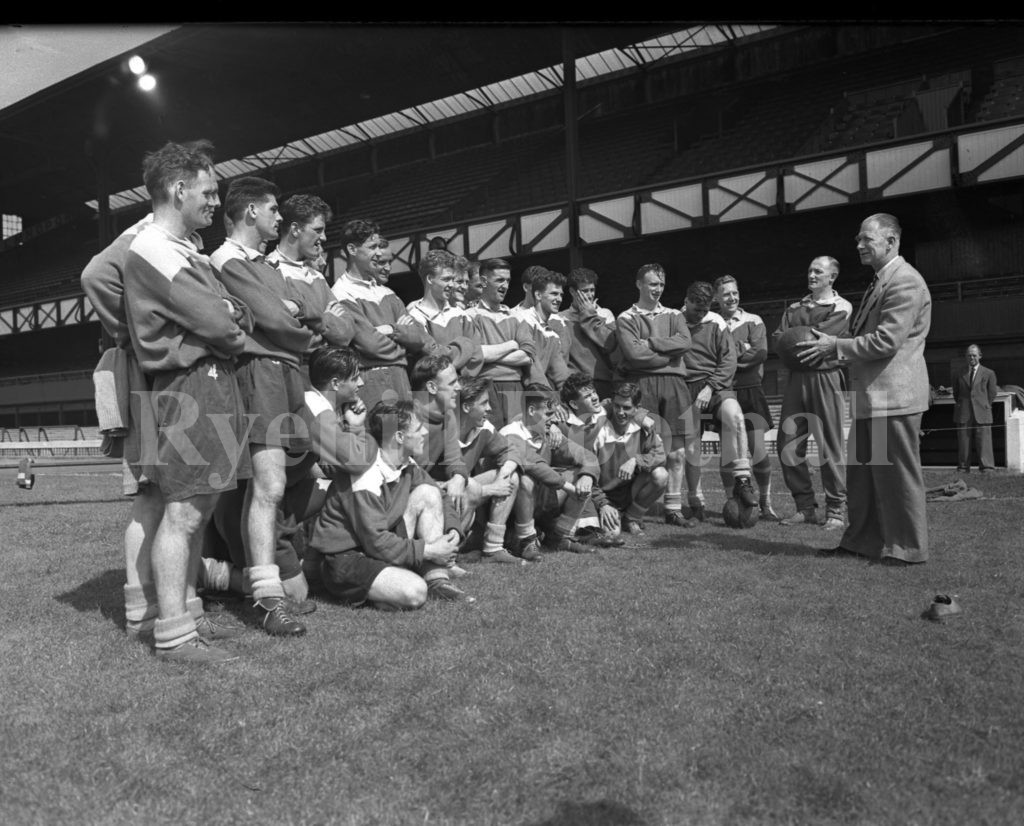 Sunderland’s poorest league season to that date saw The Black Cats compete in an end of season series of Test Matches to retain their first division place. They needed to defeat Newton Heath on the very last match and did so, 2 v 0, at Newcastle Road.

Sunderland travelled to St James Park the home of their bitter rivals needing a win to clinch the league title, with Aston Villa and Sheffield Wednesday breathing down their necks. A 0 v 1 defeat for Sunderland meant they ended the season in third place, just one point from an elusive championship.

Sunderland travelled to Fratton Park knowing that only a win could save them from their very first relegation. Despite winning with 2 goals from Don Kitchenbrand their closest rivals, Leicester City also won, at Birmingham City, so demoting The Black Cats to the second division after an unbroken 68 years in the top flight.

Sunderland were looking for an away win to guarantee them a first promotion back to the top flight with Leyton Orient breathing down their necks. The Welsh side were near the foot of the table. Alas it wasn’t to be as the red and white could only muster a draw which saw the London side promoted along with Liverpool.

The Wearsiders took the field for their final match of the season knowing that a draw against Chelsea, who lay 3rd would be enough too see them promoted. Sunderland lost at Roker Park in front of nearly 50,000 and were pipped to the 2 promotion places by the Londoners, on goal difference, and Stoke City.

Fighting for their first division lives Sunderland entered the final day of the season knowing that a home win over 5th placed Liverpool would see them leapfrog Crystal Palace to safety. They lost and went down.

With Stoke City and Spurs already relegated, Sunderland travelled to Goodison Park knowing that a draw would be good enough to keep them up; they could even afford to lose if there was a winner from the Coventry City v Bristol City game played the same night. The latter two teams lay below Sunderland in the table. In a dramatic twist of fate Sunderland lost and with that news filtering through to Highfield Road the two City’s played out a tame draw to ensure their survival.

With Leicester already promoted FA Cup winners West Ham United travelled North to Roker Park as Sunderland aimed for the win that would see them leap frog Birmingham City and Chelsea into an automatic promotion place on the very last second division fixture of the season. In front of 47,000 Sunderland won with goals from Arnott and Cummins to seal a place back in the top flight.

Having snatched defeat from the jaws of victory against Barnsley at Roker Park, the play offs saw Sunderland play Kent club Gillingham. Lose over 2 legs and Sunderland would play third division football for the first time in their history. Sunderland lost the first leg 1 v 2 and in typical style won 4 v 3 in the second leg but were relegated on the away goals rule. Trust Sunderland.

Having finished the division two league season in 6th place, Sunderland defeated arch rivals Newcastle United over 2 legs to take a well earned place in a Wembley play off final. Backed predictably by 70% of the crowd and in true style Sunderland lost. However an inquiry into Swindon’s financial affairs saw them stripped of a victory and Sunderland were promoted in bizarre fashion. This could only happen to Sunderland!

Backed by another 15,000 fans The Black Cats made the long trip to South London to take on Wimbledon at Selhurst Park, knowing that with 3 clubs below them in the league table a draw would likely be enough to see them safe from the drop. Unfortunately the theory was a better prospect than the practice as Sunderland lost against a reluctant Wimbledon side whilst Coventry City won at Tottenham to send the red and whites down yet again.

Following a superb home win over Sheffield United in the play offs at the clubs new Stadium Of Light the Black Cats travelled to Wembley to take on a Charlton side that included locally raised Sunderland fan Clive Mendonca in their lineup. In what was widely regarded as one of the best games ever seen at Wembley Stadium the game see-sawed until even hat trick hero Mendonca couldn’t separate the sides. In a dramatic penalty shoot out it was inevitably (and predictably) a Sunderland player who missed and the red and whites this time succumbed to a 6 v 7 thriller of a penalty kick shoot out.

Sunderland went into the match knowing that only a strange set of results would send them down. Arch rivals Newcastle United, 3rd bottom, had to win to catch us up; meanwhile Hull (4rth bottom) could stay up at our expense if they drew at home to Premier League Champions, Manchester United and Sunderland lost heavily to Chelsea. It was yet another nervous week for followers of Sunderland AFC. In the end it didn’t matter that Sunderland lost 2 v 3 as the three teams below them did likewise, including arch rivals Newcastle United who were relegated to the second tier of English football for the first time in 20 years; cue celebrations on Wearside!