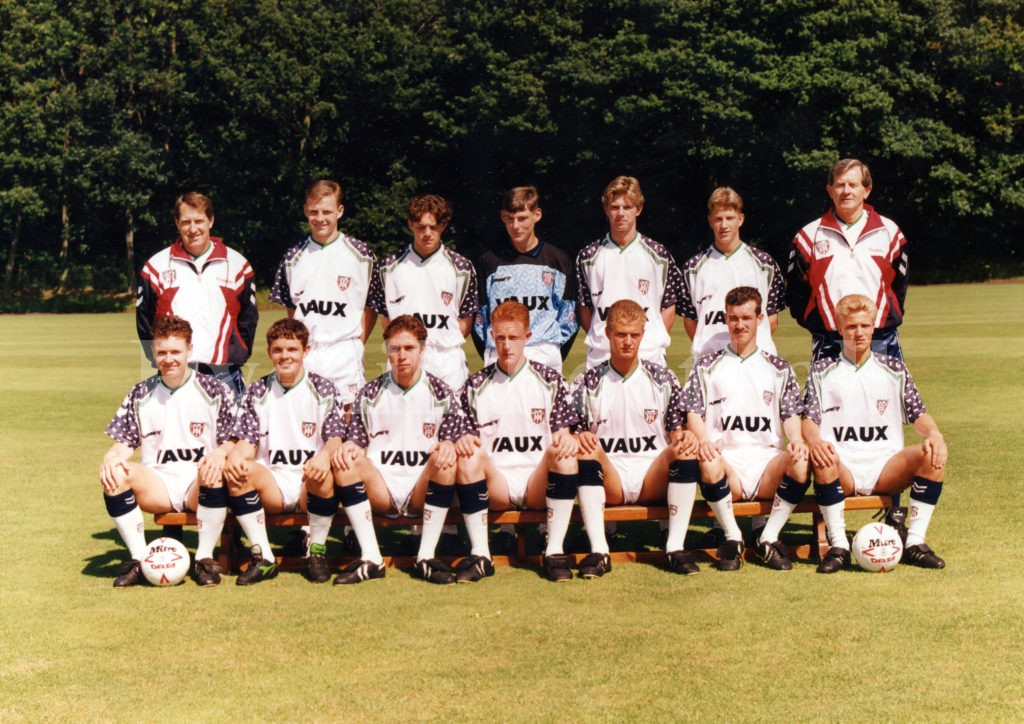 Looking back through the Sunderland AFC archive of images we have come across this superb photo of the 1991/92 Sunderland AFC Youth team that would almost certainly have been taken at the Charlie Hurley Centre in Cleadon, our former training facility prior to the move to The Academy Of Light. It demonstrates just how precarious a profession football can be with just 3 going on to play for SAFC professionally. Those three players are; Martin Smith (Son of Pele), Craig Russell and Michael Gray. Many people may also recall Jim Morrow the clubs Youth Development Manager. Other than that the names of Cronin and Sean Musgrave ring a bell, although of course neither featured in a first team game for Sunderland AFC. Musgrave did feature on the subs bench 7 times and Gareth Cronin played in a  couple of non competitive games for the club.

If anyone has any information on the players, other than the “Big 3” mentioned then we’d love to know where they are now and what they are doing.

Final comment; cracking strip. This was of course the one that Sunderland AFC wore for the 1992 FA Cup Final against Liverpool.