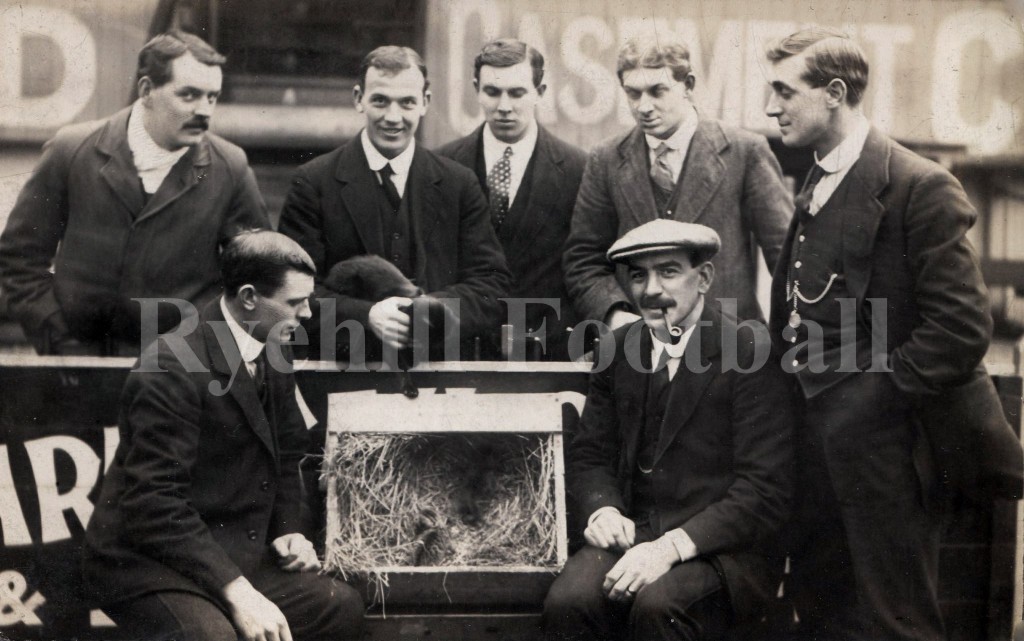 On 20 December 1884 Sunderland recorded their biggest ever victory when they defeated Castletown 23 v 0. Commenting on the game in 1931 a Sunderland founder John Grayston indicated that Hylton’s Colonel Briggs, who had proposed the challenge match, watched as “his Sister rode round the field on horseback to cheer her Brother on.” The reaction of the Sunderland players isn’t recorded!

In January 1909, Sunderland were going through what was for them a relatively lean spell. It had been seven years since they had won the League, and the team which was to win the Championship with a record number of points and get to the Cup Final in 1913 was only just starting to come together. A 4-1 home defeat to Liverpool on New Years Day 1909 left the club in the bottom half of the First Division. When the players came into the dressing room the following day before the game against Bury, they found a stray black cat in residence.

On 18 September 1909 the league encounter with Newcastle United on Wearside was remembered for all the wrong reasons. At the Fulwell End the crowd spilled onto the pitch, there were some 40,000 present, a Roker Park record at that time. As the playing area was being cleared, which took 15 minutes to do so, a police horse was stabbed. The match was repeatedly delayed and at one point abandonment was definitely on the cards.

In March 1958 Sunderland signed Don Kitchenbrand from Glasgow Rangers. The Ibrox faithful had nicknamed the South African “Rhino” due to his physique and no nonsense style of play. The name stayed with him for his time on Wearside.

On 10 December 1977, Tottenham Hotspur travelled north to play Sunderland at Roker Park. Bad feeling brewed between the fans and in the second half the Spurs fans ran onto the pitch to escape their marauding hosts. It took the intervention of a Police Horse at the Roker End of the pitch to restore order. The match was televised on Match of the Day.

On 14 January 1978 Sunderland travelled to London to play Leyton Orient. The game was eventful for three things: Sunderland’s goalkeeper Barry Siddall was ordered from the field to change his red goalkeeper’s shirt that clashed with the home side; Gary Rowell missed his only competitive penalty kick for The Black Cats and a dog ran on the pitch holding up the play.