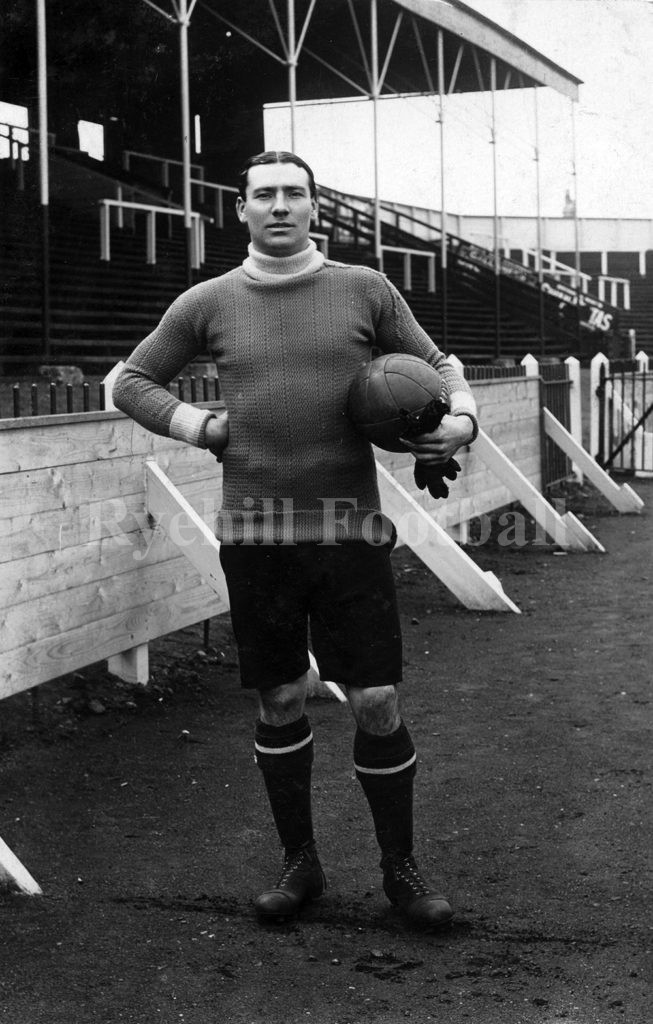 Walter Scott endured a turbulent time at Sunderland AFC, particularly in the manner of his departure from the club.

He initially came to the attention of English football fans whilst playing for Grimsby Town, where on 13 February 1909 he became the first goalkeeper to save three penalties in a single match, against Burnley. Little more than 12 months later Scott was on his way to Everton, transferred for £750.

In June 1911 Scott arrived on Wearside and made his debut for Sunderland in the opening day of the 1911/12 season a 1 v 0 victory over Middlesbrough at Roker Park, in which George Holley scored the winner. The Newcastle Journal commented that “Scott made a creditable debut in goal though he occasionally imperiled his charge by holding the ball too long”.

Scott made 30 league appearances during the 1911/12 campaign and was unfortunate to be the custodian when Sunderland were defeated 0 v 8 by Sheffield Wednesday at Owlerton on Boxing Day 1911. However there were mitigating factors in this game, primarily the injury to Charlie Thomson after 10 minute’s following an accidental collision with Cuggy, which rendered the Sunderland captain useless for the rest of the game. Furthermore Scott himself was taken to The Royal Hospital with concussion by Ambulance towards the end of the game, following a goal mouth scrimmage.

Despite some good performances up until that time Sunderland signed goalkeeper George Anderson from non league Mickley Colliery. However Anderson’s presence proved to be a baptism of fire in that the 8 games he played for the club that season yielded only 1 win. It was therefore not surprising that Scott was installed back into the team for the last 4 games of the season, 3 of which were won.

By now however Scott had an uneasy relationship with the crowd, having been blamed for the FA Cup defeat at home to West Bromwich Albion in February 1912 where some elementary mistakes had cost Sunderland the tie.

The 1912/13 season started disastrously for both Sunderland AFC and Walter Scott, with 11 goals conceded in the opening 4 matches. The blame was laid firmly at Scott and his contract was cancelled by the Sunderland Directors and given 2 weeks notice by the club for “palpable inefficiency”, for which Scott appealed to the FA.

A sad end to what had started as a promising Sunderland AFC career.

A silver lining for Scott was that he made his way to Ireland where he made a name for himself playing for clubs such as Shelbourne and Belfast United before returning to England, guesting for both Millwall Athletic and Brentford during WW1.