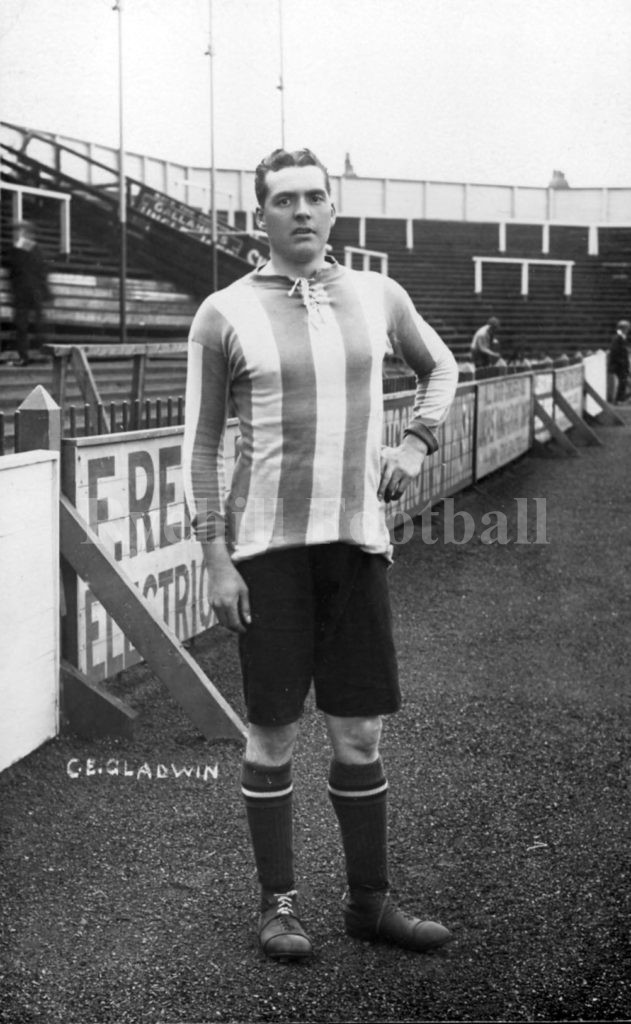 At the beginning of the 1912-13 season Bob Kyle paid £3,000 for two defenders. He bought Charlie Gladwin, six-foot-one-inch, fourteen stone Blackpool right-back, and Joe Butler, the Glossop North End goalkeeper. At the time, the record transfer fee was the £1,800 paid by Blackburn Rovers to West Ham United for prolific goalscorer Danny Shea.

Local people thought he must have made a mistake to pay that sum, however it proved to be money well spent. Charlie Buchan recalled that “Sunderland became a first-class team from the moment he (Gladwin) joined the side. Not only did we win the League Championship with a record number of points, but we nearly brought off the elusive League and Cup double, accomplished only by Preston North End and Aston Villa. There are people who say that no one player can make a poor side into a great one and that there isn’t one worth £3,000 transfer fee. Gladwin proved they are wrong. He stabilized the defence and gave the wing half-backs Frank Cuggy and Harry Low the confidence to go upfield and join in attacking movements”.

Although a giant of a man the former Yorkshire miner was prone to nerves and to ease them before matches, he was in the habit of pushing his fingers down his throat to make himself sick.

His Sunderland debut was at Roker Park on 12th October, 1912, a 4 v 0 demolition of Middlesbrough with the Newcastle Journal commenting that, “Gladwin is a magnificent addition to the defence. He was cool and collected and convinced all that Sunderland had secured a 1st class man”. He made 64 appearances, before WW1 interrupted Gladwin’s football career. His final Sunderland appearance was on 20 February 1915, a 5 v 1 defeat of Blackburn Rovers at Roker Park. Never a man to shirk a challenge Gladwin was reported to have punched a Newcastle fan who had insulted him, knocking him off a tram, on his way back from a Sunderland match at St James Park, with his boots under his arm.

He was presented with a gold medal by “Athletic News” following the 1912-13 season for Distinction In Football and following the cessation of hostilities he went to Watford and then temporarily became the club’s Coach.

It was reported that he had an unsuccessful cartilage operation that resulted in his leg being amputated, although it was then similarly reported that he went back down the pit as a train driver in his native Nottinghamshire.