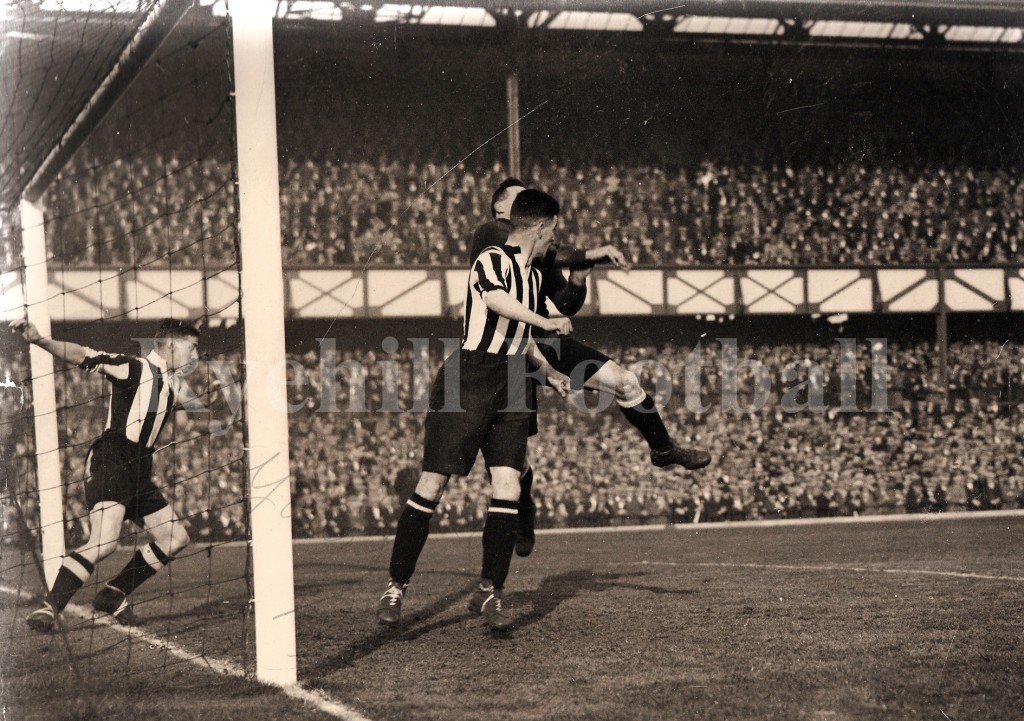 He scored 376 senior goals as well as scoring goals at two then non-league clubs. As a manager only Halliday and Alex Ferguson have guided Aberdeen to be Scottish champions.

Dave Halliday was born in Dumfries on December 11th, 1901 and started in local schools football where he featured on the left wing. He attended Noblehill Primary, then Dumfries Academy. Halliday then trained as a motor mechanic with car manufacturer Arrol-Johnston and played for the works team, one of three clubs who merged to form Queen of the South in 1919.

However despite having played in the trial matches arranged in the formation of the new club Halliday did not join Queens until January 17th 1920. Between playing for Arrol-Johnston and Queens, Halliday had a brief spell with Tayleurians. After joining Queens until the end of the season in May 1920 Halliday played 19 games. With this being Queens first season after formation, the club’s fixtures comprised of challenge games and local cup competitions. This included the Dumfries Charity Cup played over three weekends in May. On May 8th Queens thrashed Dumfries F.C. 7-1.

A week later Queens saw off Solway Star 4-0 in the semi final before facing Dalbeattie Star in the final. A then record crowd of 4500 (many watching from roofs and other points of elevation) watched the game. An early Halliday shot went wide following good lead up work involving Ian Dickson (Dickson also left Queens to score goals in England’s top flight). However it was Dalbeattie and their physical style of play who took the lead. Queens equalised through Willie McCall (later of Blackburn Rovers) before Halliday’s efforts bore fruit. One Halliday shot hit the post; another went inches wide before he put Queens ahead five minutes before half time. Connell hit Queens’ third a minute into the second half before Halliday beat Borthwick to cross for McCall to bring up a 4-1 final score.

Dave Halliday scored 13 goals in his 19 games at outside left for the Doonhamers in 1920. Unsurprisingly he attracted the attention of other clubs. He was offered terms by St Mirren after the cup final win over Dalbeattie. Halliday asked for time to think the matter over before the Thursday after he agreed to sign on one condition – that he would be allowed to retain his employment with Arrol-Johnston and travel to Paisley on match days. 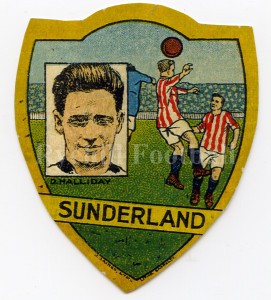 Dave Halliday moved to St Mirren where he scored twice in 13 league games.

In 1921 Dave Halliday went to Dundee, for whom Alec Troup played on the left wing. Dundee moved Halliday to centre forward. And so, at that moment, a goal-scoring phenomenon was unleashed. Finding goal scoring as natural as breathing he became one of the most prolific centre forwards in the game, finishing as Scottish top scorer in 1923-24 with 38 goals from 36 appearances – an excellent return in the era of the 3 man off side rule.

With Dundee he reached the Scottish Cup final in 1924-25, and in total scored 90 goals in just 126 league appearances for the Dees. While he was with the Dens Park club Halliday was capped for the Scottish League in the 1-1 draw against the English League at Ibrox Park in March 1924. Despite scoring consistently through out his career as a striker Halliday was never once picked for the full Scottish national side. He had the misfortune to play his best football at the same time as the most prolific goals to games scorer in Scottish International football history, Hughie Gallacher. Dave Halliday´s goal scoring exploits attracted attention from elsewhere yet again. In 1925, to the delight of goalkeepers throughout Scotland, Halliday was on his way South.

In 1925 Sunderland paid £4,000 for Halliday´s services. Replacing Charlie Buchan in the team, Halliday soon became equally prolific South of the border, scoring at least 35 league goals in each of the four full seasons spent at Sunderland. Halliday´s 43 goals in 1928-29 saw him succeed Dixie Dean as top scorer in England’s top division for the season. This remains Sunderland’s highest number of league goals scored by one player in a season in the club’s history. Halliday hit his first 100 goals for Sunderland in just 101 games.

No other player at Sunderland has given the club’s score keeper a greater feeling of job security than Dave Halliday. He has the best strike rate (goals to games ratio) of any Sunderland striker in the club’s history – 165 goals in 175 games (156 league from 166 games and nine in nine FA Cup outings) for an average of 0.943 goals per game.

Only Buchan and all-time Sunderland top scorer Bobby Gurney have scored more goals for the club than Halliday. However neither get anywhere near Halliday´s eye popping strike rate (both Buchan and Gurney have a strike rate at Sunderland of below 0.6 goals per game). Halliday has scored more hat-tricks (12) than any other Sunderland player and hit four on three occasions. Despite Halliday’s goals, trophies proved elusive, with Sunderland achieving no better than third place (twice) and fourth place (once) in Halliday’s four full league seasons at Roker. While at Sunderland in November 1927 Dave’s brother Billy joined nearby rivals Newcastle United.

In 1929 Dave Halliday was signed by Arsenal as an intended replacement for Jack Lambert, making his debut against Birmingham City on 9 November 1929. Halliday scored a relatively modest number of goals in 1929-30 with 8 goals in 15 games (including four in a 6-6 draw with Leicester City). However, he was dropped towards the end of the season in favour of Lambert, and missed out on the 1930 FA Cup Final, which saw Arsenal claim their first major trophy. 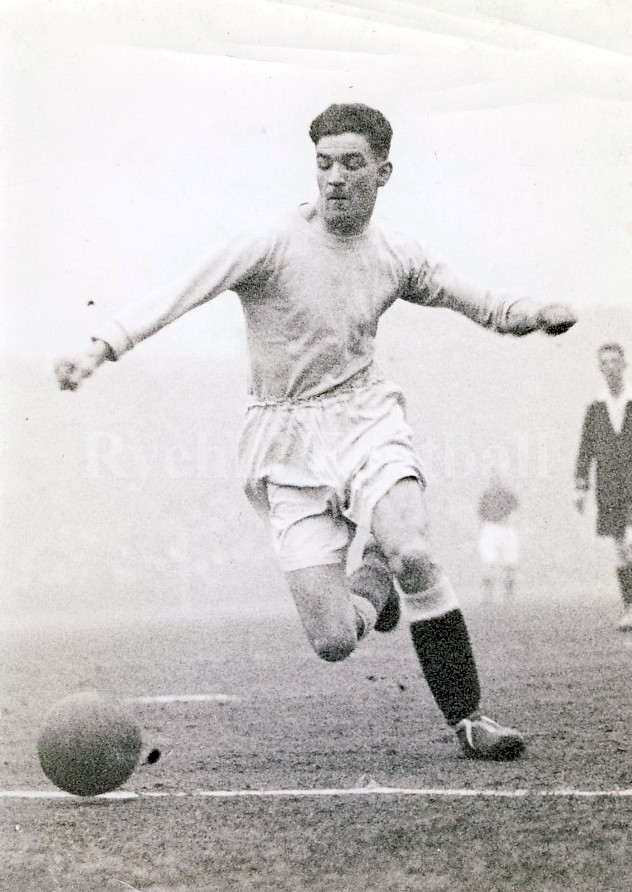 Halliday in the colours of Manchester City

Dave Halliday signed for Manchester City only a year after joining Arsenal. At City Halliday again scored consistently, hitting 47 goals in 76 league games as well as four goals from six cup appearances. At Man City in January 1932 he scored a hat trick against former club Sunderland in just ten minutes. Halliday missed the 1933 Cup Final, which City lost to Everton.

Halliday saw out his senior playing career outside England’s top flight with Clapton Orient between 1933 and 1935, where he was still a regular goal scorer, with 33 strikes in 53 matches.

Dave Halliday returned to his native Scotland in December 1937 to become manager of Aberdeen. In April 1938 he signed George Hamilton from his ex club Queen of the South. This would be as shrewd a signing as Halliday would ever make as Hamilton would show himself as a player of genuine class.

However it was not until after the Second World War when national trophies started to arrive at Pittodrie for the first time, thus securing Halliday’s place in the Aberdeen Hall of Fame. Aberdeen won the 1945-46 League Cup (although this was a reduced version of the League Cup, and does not appear in all official records), and the 1946-47 Scottish Cup with the inspirational Hamilton scoring in the final. Aberdeen also reached the League Cup final that year. Halliday added to the Doonhamer connection at Pittodrie in 1948 when he signed Dumfries born ex Scotland international Bobby Ancell.

As well as reaching two more Scottish Cup Finals in 1953 and 1954 Aberdeen won the 1954-55 First Division title. In Dave Halliday’s eighteen-year stint in charge of the Dons he was the club’s most successful manager before the arrival of Alex Ferguson. Only Halliday and Ferguson have managed Aberdeen to be Scottish champions. 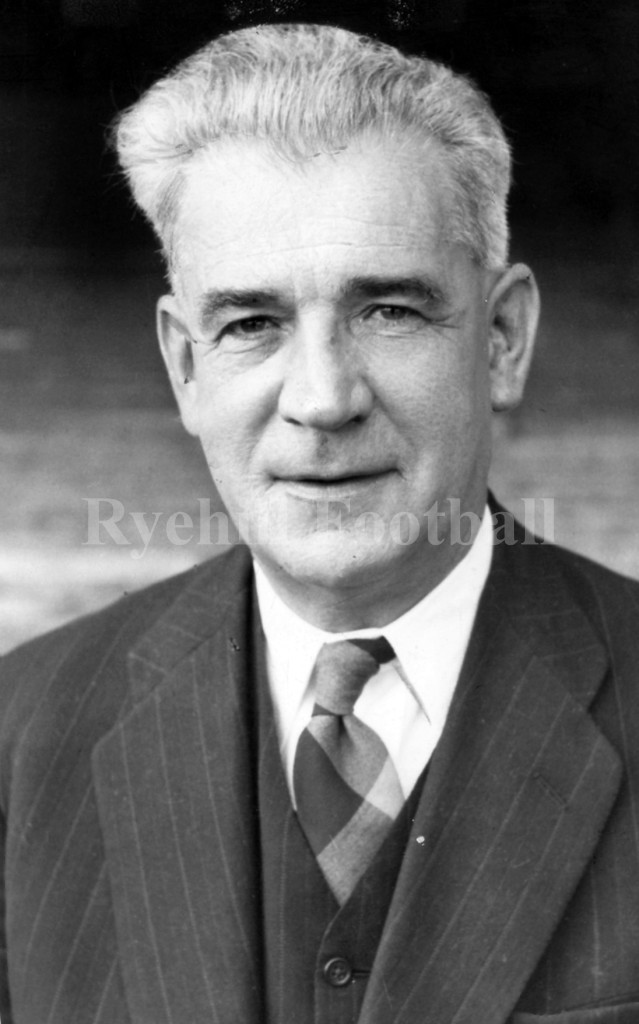 David Halliday in 1955 when manager of Leicester City

After leaving Aberdeen Dave Halliday spent three years at the helm of Leicester City, guiding them to a Second Division title and promotion in 1956-57. Although Halliday left the Leicester job in 1958 the 1957 promotion proved to be the start of the club’s longest ever top division run, ending in 1969.Dave Halliday retired from football after Leicester City.