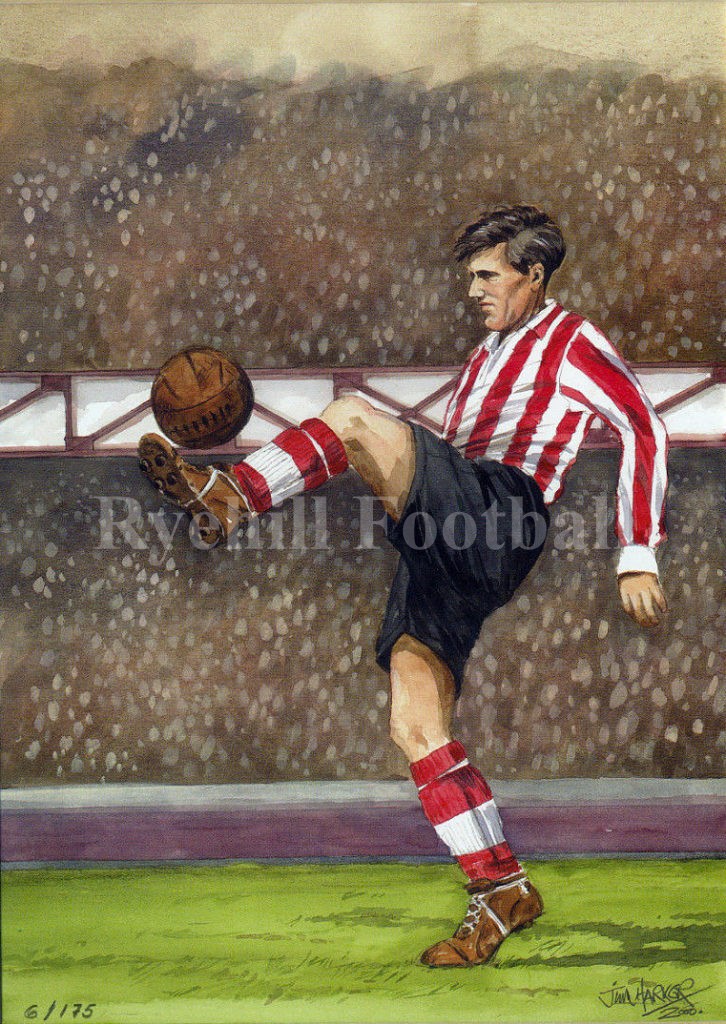 Trying to pick an all time eleven for any club is a task and a half and it is bound to provoke arguments and heated discussion. Ryehill Football has considered Roker Park players of a decade and arrived at the selection and team formation below.

Everyone will have their own choices and in selecting the following 11 a certain amount of latitude must be given as regards true positions on the field of play and whether or not they featured prominently in each decade i.e. there will be players who played more games or perhaps even scored more goals.

It’s difficult, for example, to leave out Montgomery, Gurney, Halliday and Campbell to name just 4. However there are some players that you quite simply can’t leave out. You cant pick everyone!

Think about your choice. From 1898 to 1997 pick your Roker Park player of a decade. Don’t think about formations for now. Will your team end up as lop sided as ours?