Many older Sunderland fans will remember the annual Daily Express 5 a side tournament that used to take place at Wembley Arena every year. Always a highlight of the football season the matches were televised on the BBC Sportsnight programme that was broadcast midweek. The tournament carried some prestige and was thought of well enough to have the likes of George Best take part for Manchester United. The tournament on 28 November 1979 saw Sunderland AFC score 10 goals in 4 games, with none conceded to take the trophy back to Wearside. The route to the trophy was as follows:

Clearly a highlight was thrashing The Mags 4 v 0 (this would become a usual occurrence in the 21st century). The Sunderland team line-up remained the same throughout the competition: Chris Turner, Mick Buckley, Shaun Elliott, Kevin Arnott and Stan Cummins although substitutes were allowed on to the field of play at will, together with sin bins and 5 minutes each way.  Full details of the tournament results that year are as follows:

Finally, a question; if Sunderland AFC were to take part in a similar competition this year, which 6 players would you choose to represent us? 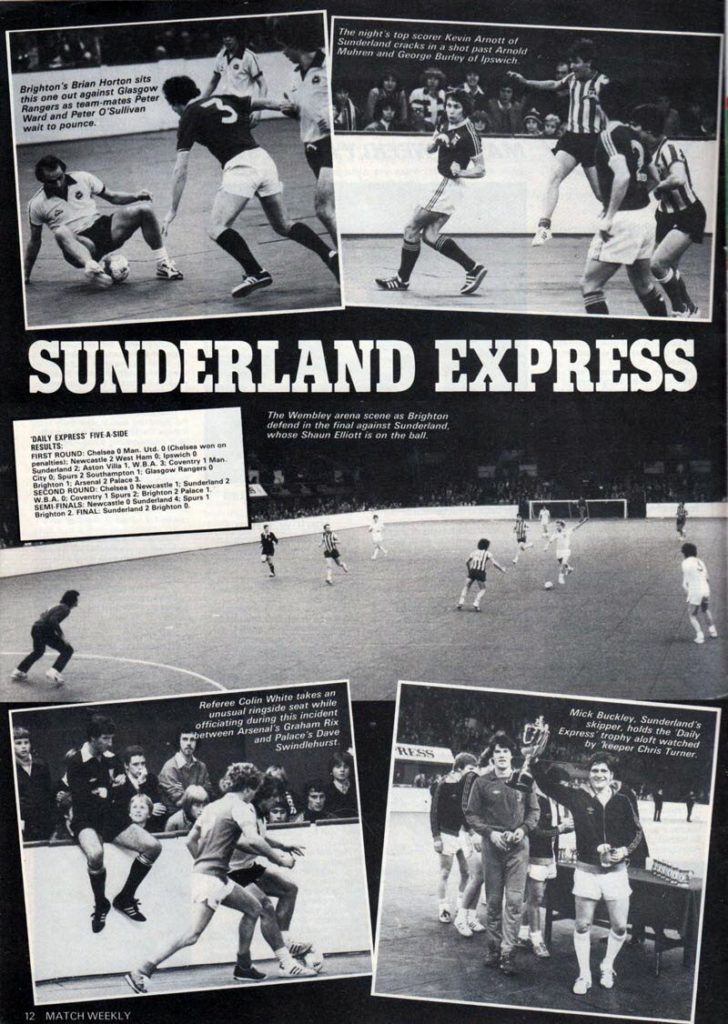