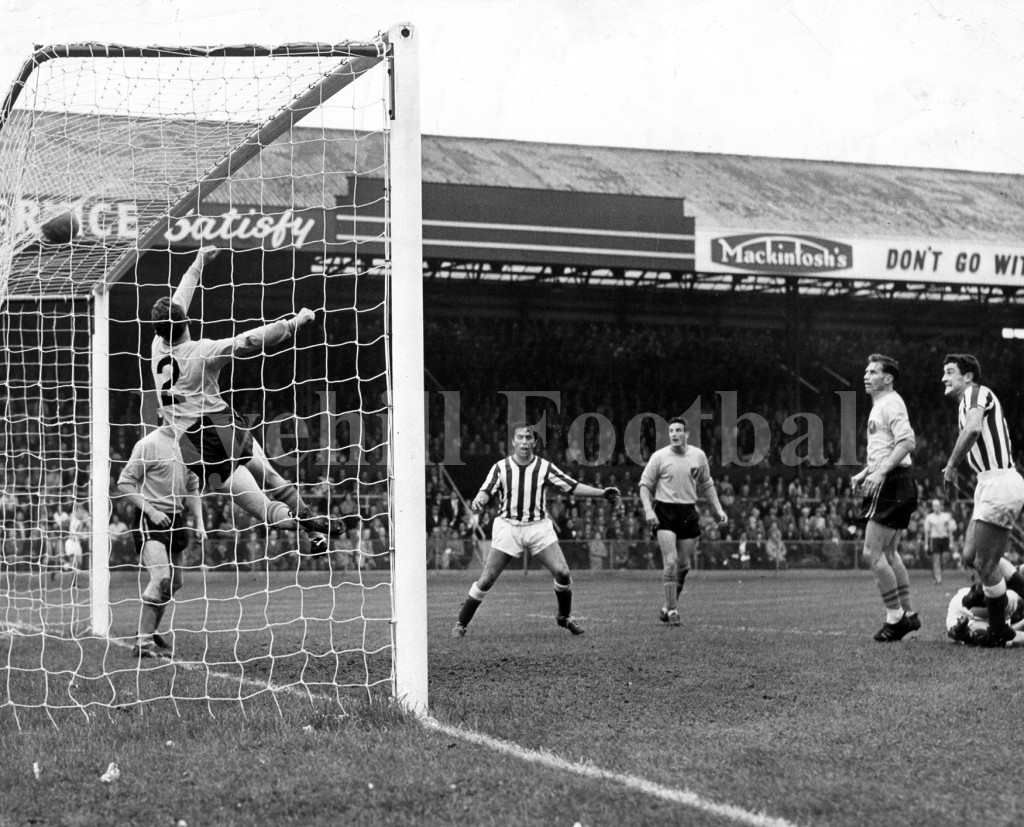 Hurley, extreme right, scores at Carrow Road in 1961 to dump Norwich out of the FA Cup

“King” Charlie was voted player of the century by Sunderland football fans, on November 25 1979 at the Mayfair Ballroom, to co-incide with the centenary celebrations. He was born in Cork, the Republic of Ireland in October 1936 and is still a popular figure on Wearside today, although he now lives in the South of England.

The King was only 7 months old when he moved from his native country to Rainham in Essex to eventually be signed by Millwall, the Lions from The Den.

On 26 September 1957 Charlie Hurley strode into Roker Park to begin a career that would span 12 seasons and 402 appearances. It is a little known fact that when originally asked by Millwall whether he would like a move, he initially turned Sunderland down. The £18,000 transfer was sealed due to the apparent persuasiveness of then Sunderland Manager Alan Brown (RIP), who had been alerted to his potential by the former Millwall Manager Charlie Hewitt.

The Kings Sunderland career met with a disastrous start; a 7 v 0 rout by Blackpool, coupled with him scoring an own goal on his debut, was quickly followed by a 6 v 0 thrashing from Burnley. By the end of the 3rd game, a 0 v 0 draw against Preston North End, a young Charlie must have wondered what had hit him!

Charlie had been unfortunate enough to have competed against centre forwards to would later go on to represent England. In Ray Charnley, and Ray Pointer; Blackpool and Burnley had strikers of the highest quality. It was a baptism of fire.

Things of course would get better, and eventually promotion would be achieved in the 1963/64 season after 2 heartbreaking campaigns which had seen Sunderland miss out on top flight football due to consecutive day last failures against Swansea Town and Chelsea.

Away from Sunderland, Charlie made his debut for Eire (as was) at the tender age of 20, having previously been unable to make an international call-up due to injury one year earlier. Overall he would gain 40 caps for his native country, 33 whilst on Wearside, and would have the honour of captaining them.

Curiously, for a man who was indelibly linked with powerful headed goals, it took 124 league and cup appearances for Sunderland before he “broke his scoring duck”. A 1 v 1 Boxing Day draw in 1960 against Sheffield United was the catalyst for 42 more.

The crowd would of course hold its breath when the Lads were awarded a corner, and the chants of “Charlie, Charlie” echoed around Roker Park as began his journey from his centre half position to the opponents’ penalty box. Quite what opposition centre forwards and full backs made of him is a moot point. 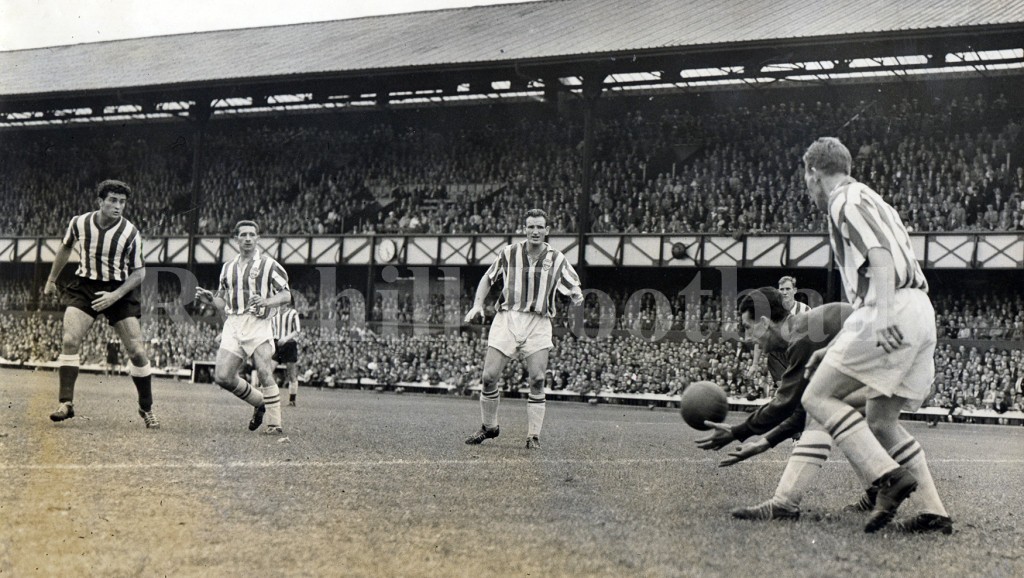 Whilst the 1963/64 season was special for Sunderland AFC, resulting in promotion, it was also personally highly satisfactory for the King. Only the late, great Bobby Moore prevented Hurley from becoming Football Writers Player of the Year; the runners up placing truly testifying that at his peak there was no finer centre half in English football.

An article on Charlie would not be complete without mentioning the famous Sunderland half back line that complemented each other so well. In Martin Harvey, Charlie Hurley and of course Jimmy McNab, it’s doubtful whether a Sunderland trio since has been so defensively effective.

In the first game following the 1963/64 promotion season a now manager less Sunderland started the campaign with a 3 v 3 draw at Leicester City. Derek Forster became the youngest player in Football League history to play, when an injury to Jimmy Montgomery thrust the young keeper into the fray at the tender age of 15 years and 185 days old. Hurley’s experience that day must have been invaluable.

Alan Browns departure from Roker Park, to take over at Sheffield Wednesday saw first George Hardwick and then Scotsman Ian McColl take over. During one match at Old Trafford in November 1966, first Hurley and then Northern Ireland defender John Parke went in goal, as Monty retired from the game through an injury sustained first half.

Hurley’s last goal for Sunderland came against Arsenal in April 1968, typically a header. His last appearance in a red and white shirt was at Turf Moor, Burnley in April 1969.

Hurley’s greatest match was probably the FA Cup 5th round victory at Carrow Road in February 1961, when he scored the only goal to dump Norwich city out of the competition. Famously Sunderland would then go on to succumb to a Danny Blanchflower inspired spurs side, who became double winners for the first time in the 20th century.

On 2 June 1969 Charlie was transferred to Bolton Wanderers on a free transfer. Little did he know what he meant to the folk of Wearside. He was, is and always will be the ultimate hero to the supporters of Sunderland AFC.