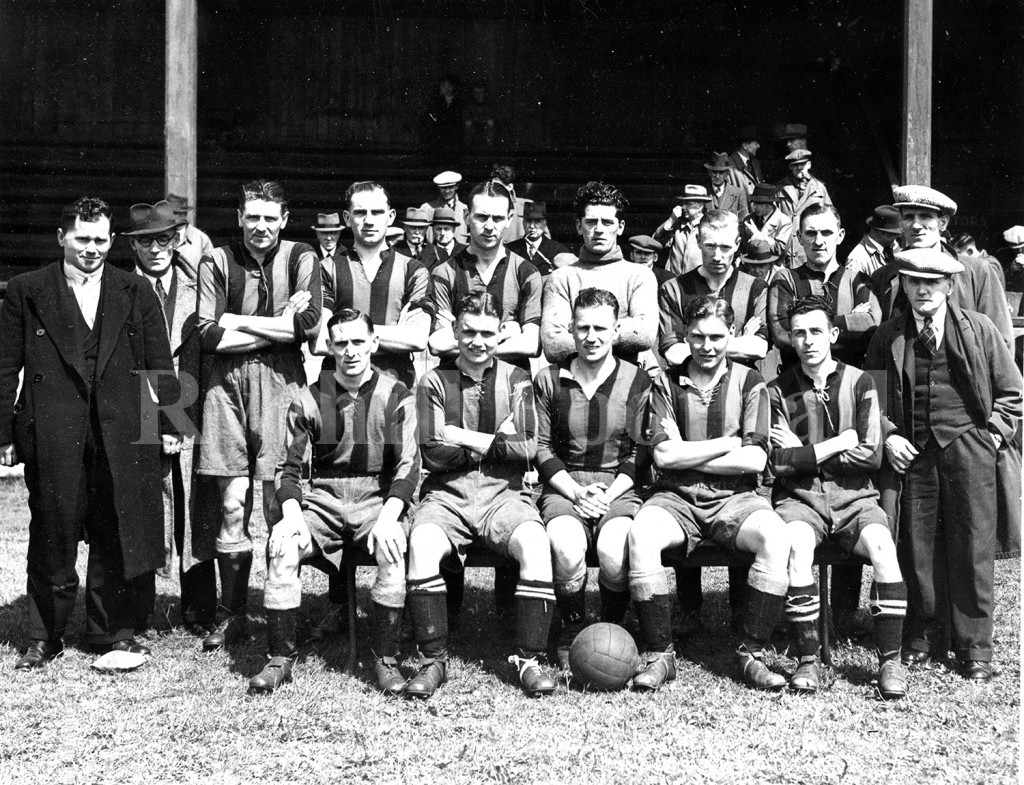 Ryehill Football has already looked at the story of Sunderland AFC during the war years and we can further add to it by giving an example of SAFC players who continued playing competitive football alongside players from other clubs who were perhaps based in the North East or came from the North East, during the war years. A great example of this is the picture above which is self explanatory a regards the team but not the players.

Players such as Hastings, Lockie and Middleton are instantly recognisable as former or current Sunderland players with Hastings typically captain for Usworth Colliery, as he was for The Black Cats. Matt Middleton, the goalkeeper, can also be seen on this image dating from 1932/33, although by this time, presumably the back end of 1941 or the beginning of 1942 he had left SAFC (his SAFC career lasted from 1933 to 1940). Both Lockie and Hastings would play at Roker Park until 1946 with Hastings making nearly 300 appearances in a red and white shirt.

The lads on the front row are interesting. Thomas Dodds, a South Shields lad, was at the time on the books of Aston Villa having signed for them in January 1939. He would stay with the club for 8 years but in all that time he made just 1 league appearance for The Villa. Signed from North Shields he also guested for Darlington during WW2. Kelly was on the books of Bury but there is no record of him having played a first team game for them. Hetton le hole born, Sunderland supporting, Harry Potts needs little introduction to the older generation. He had a long association with Burnley Football Club have signed originally as a youth player in 1937 aged 16. His playing career ended with them in 1950 but he managed the Turf Moor side twice, guiding them to the league championship in 1959/60 and also into the European Cup quarter finals where they lost 4 v 5 to a Uwe Seeler inspired Hamburg side.