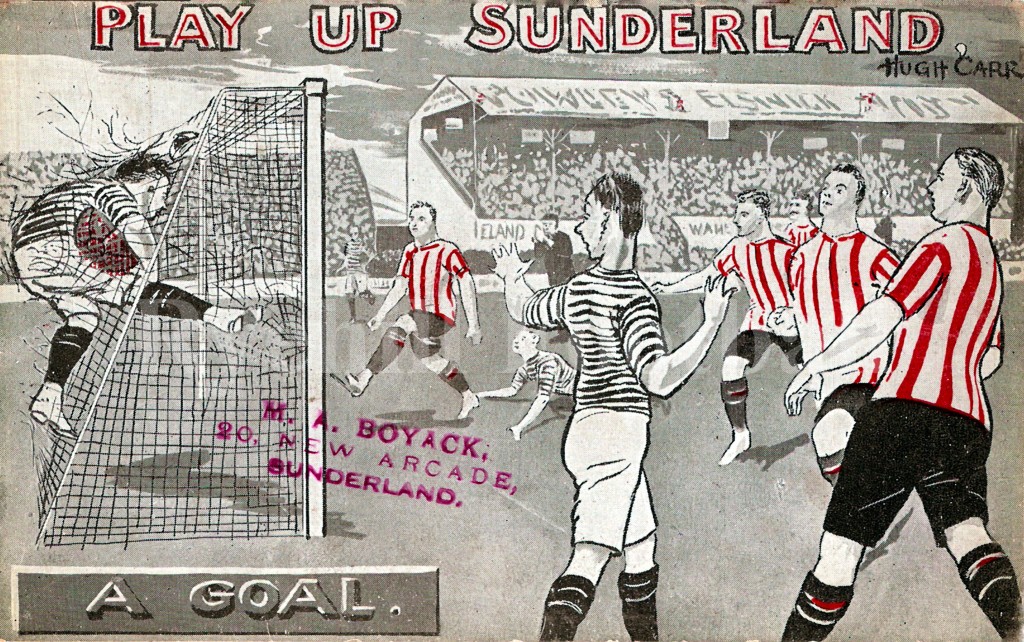 Along the 37 year SAFC historical road, and counting, that I’ve taken an interest in the history of Sunderland AFC I have come across some unusual items. None more so than the postcard above. I have to admit that I have absolutely no idea who produced this, perhaps it was the shop name given on the front of the postcard. Who is Boyack? Where was 20 New Arcade in Sunderland? Who is Hugh Carr? No idea.

I also have absolutely no idea what game it is supposed to represent. The game however is at Roker Park. You can tell due to the clock stand in the distance and the way it joins with the Roker End and where the scoreboard was eventually situated. Due to the strips I would date it at around 1903. Marvellous!

2 thoughts on “Play Up Sunderland!”